If you didn't know already, there are a lot of ways for you to drape your dupatta with your bridal lehenga or anarkali. (We've already listed all of them out for you here!). We've also already told you how to figure out whether you need one and pick the right double dupatta for your outfit here. So now, we're gonna tell you different ways to drape that double dupatta of yours!

Way 1: The simplest way: One on top, one draped on the side! 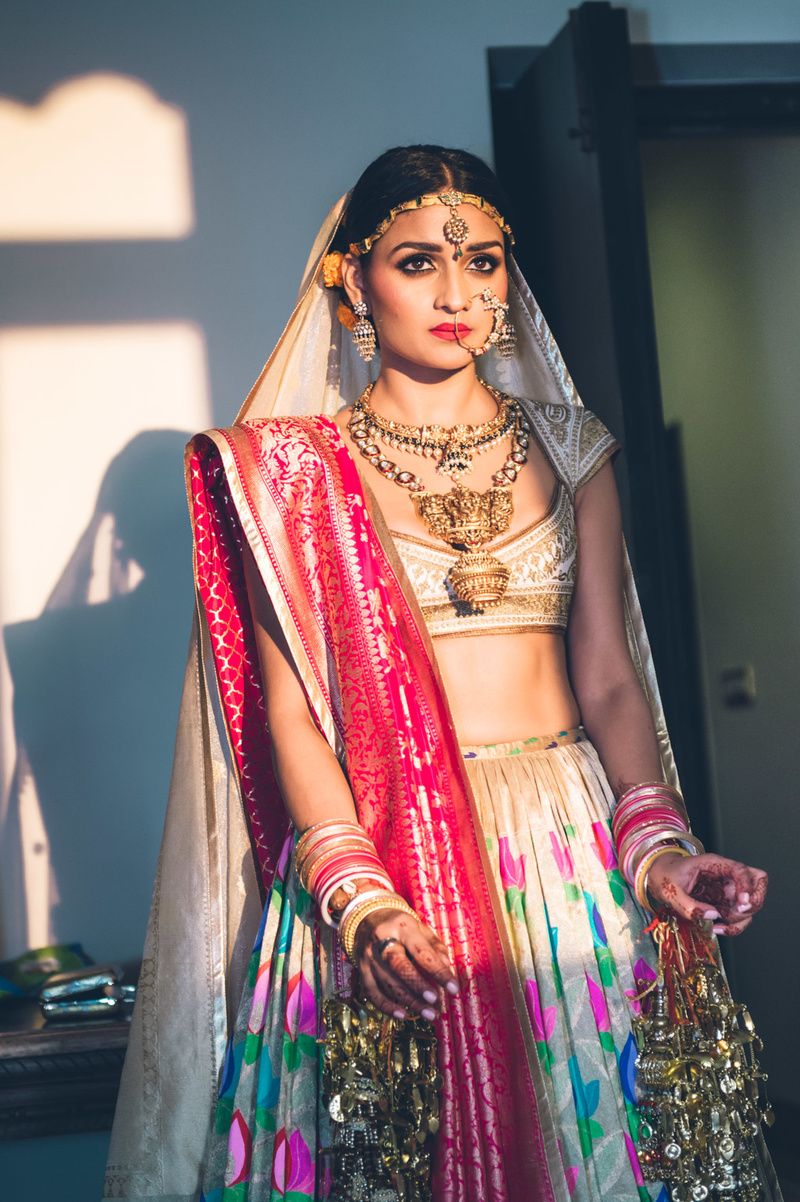 For this, similar dupattas, one probably lighter and another heavier work well. You could have them with different borders or different colours like in this one. While one goes over the head, the second dupatta which is heavier can be pleated and then pinned at the shoulder- but instead of looking like a saree, the edges are left hanging loose.

Way 2: Half-saree style and one draped on the head 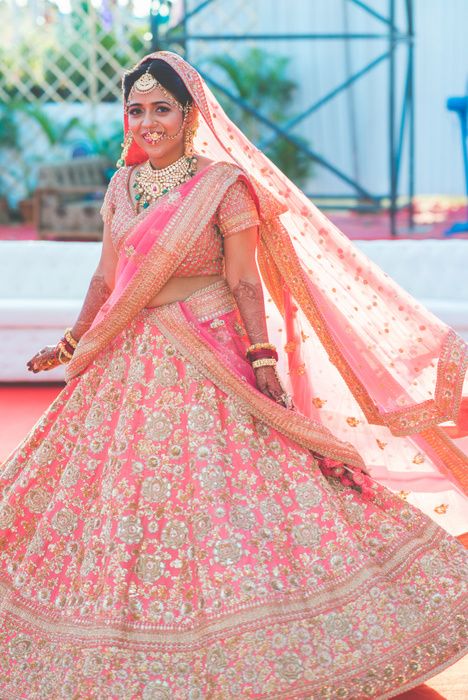 Dupattas with the same border, one heavier one lighter or those in the same shade work well for this style. You can take one over the head, and the other one is gathered, pinned and pleated like the pallu of a saree at the shoulder from the front. The rest is tucked behind at the waist.

Way 3: Variation of saree style with a very narrow pleated dupatta dipping low on the waist 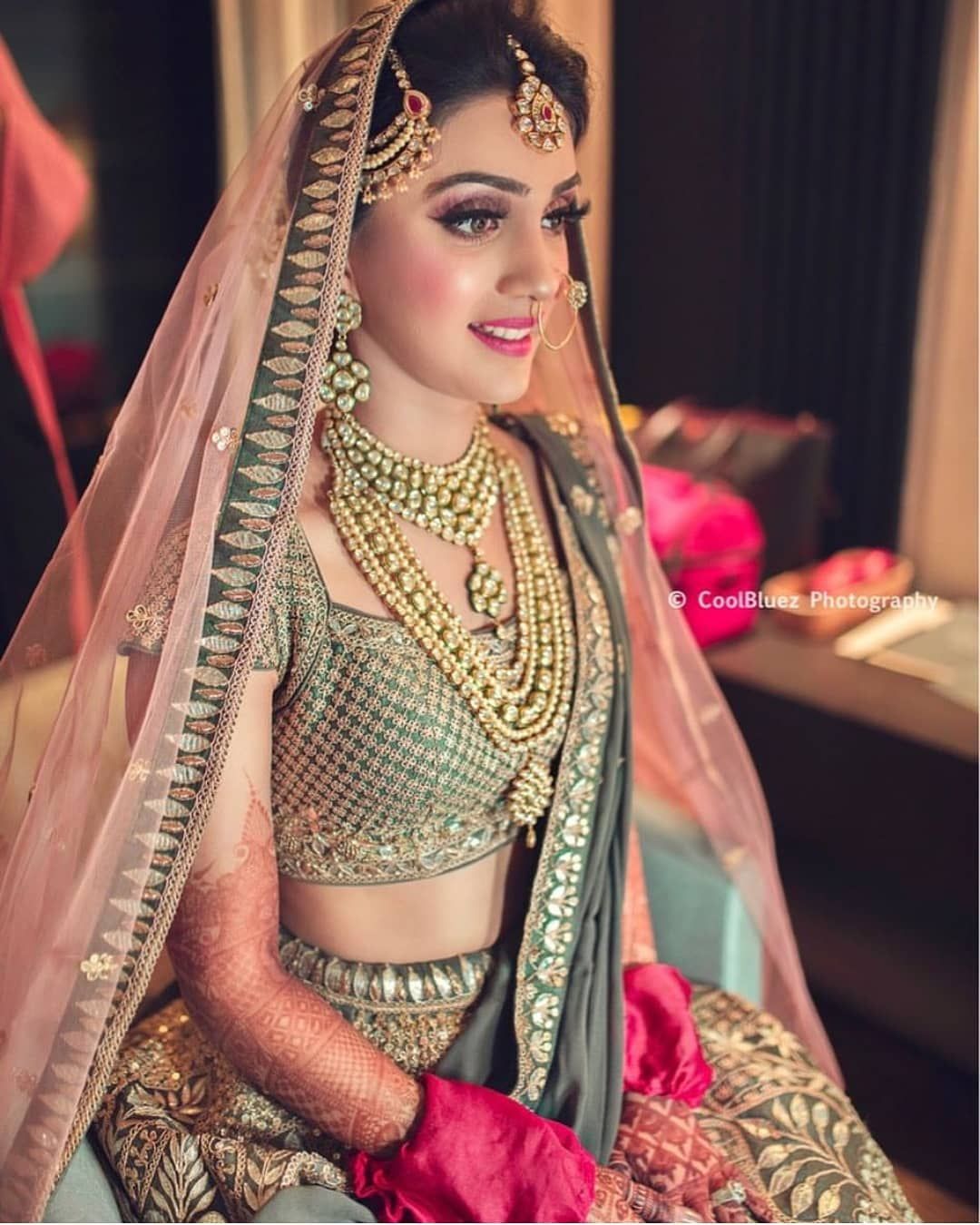 This one includes taking one dupatta over the head, but taking the second one like a saree, but with a the pallu part of it gathered very thin- so that it hardly covers any of the blouse. This works well to show off the blouse unlike the previous typical way of taking it like a saree pallu, which covers most of the blouse.

Way 4: With one dupatta draping the chest , the other on the head 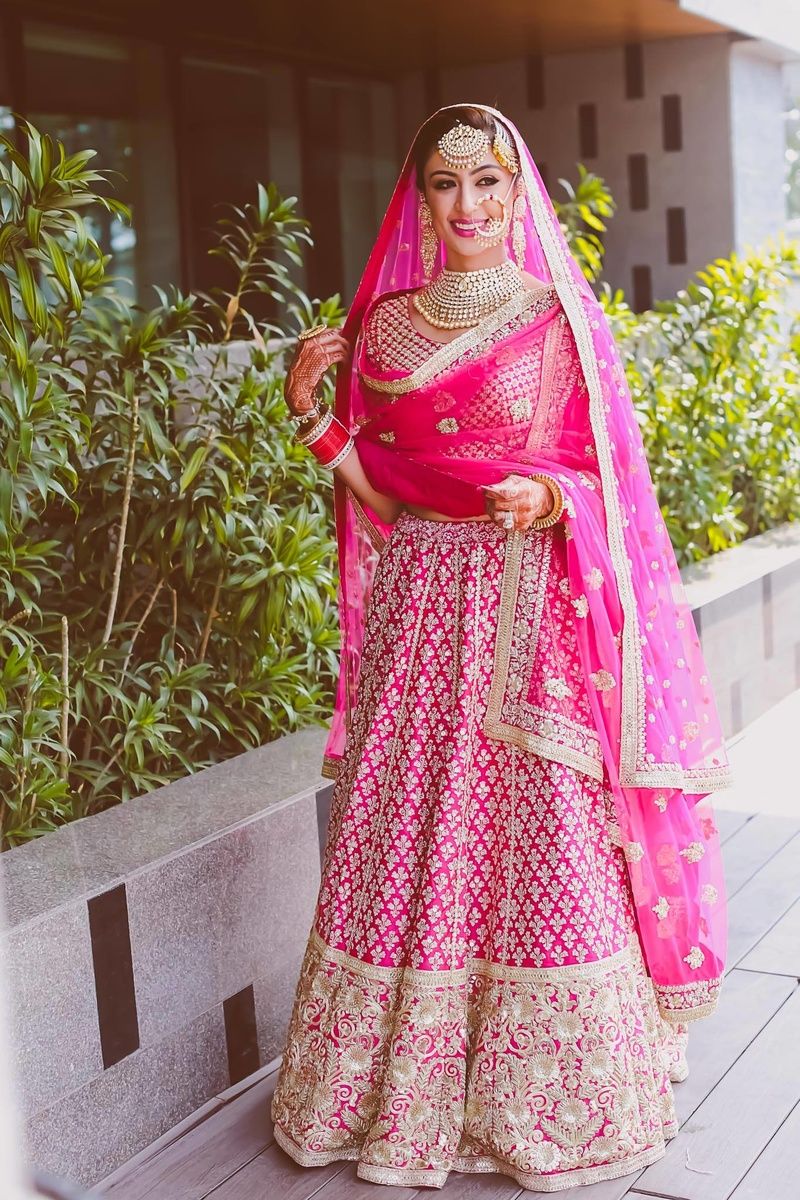 Spread one dupatta across chest in your arms and one on your head. This works well if you have a plainer blouse or a blouse that you want to glisten from underneath the dupatta.

Way 5: With a scoop drape over the chest and same dupatta over your head. The other like a gujarati drape 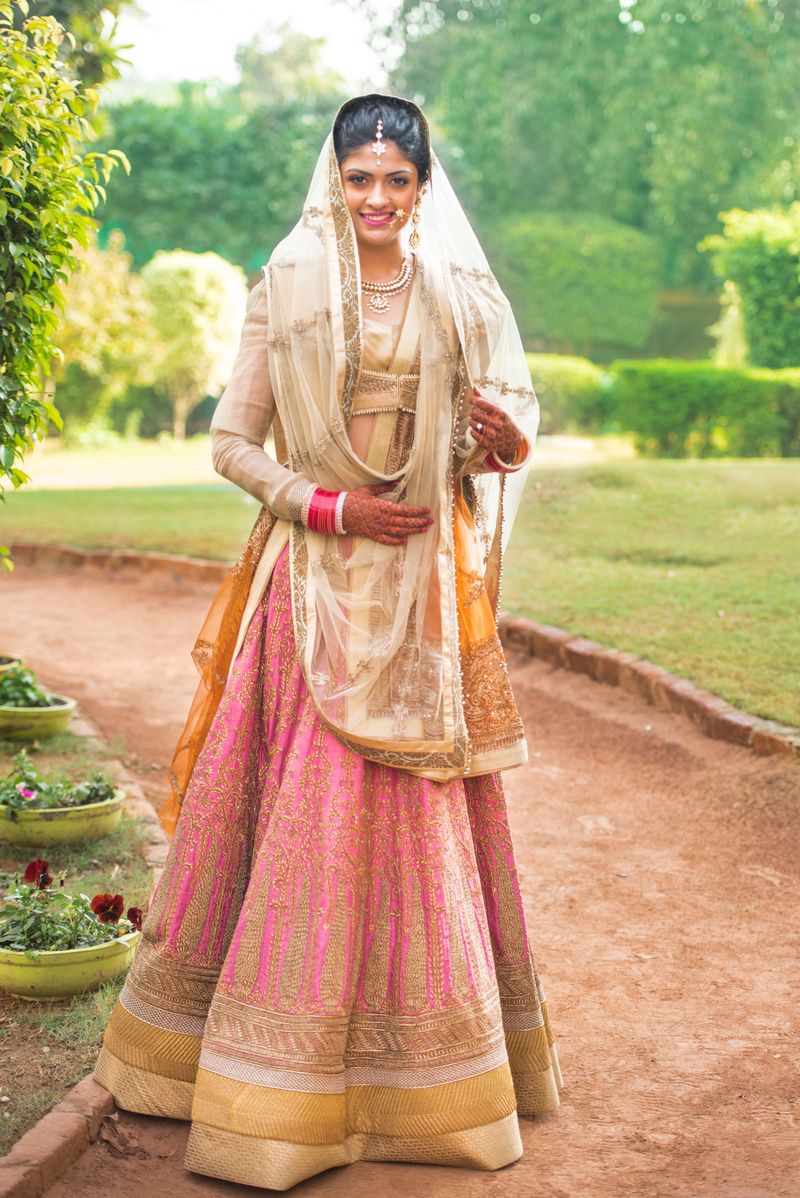 This one is like a take on the previous one, but with a more sort of structured drape. It doesn't cover the chest in a straightish line, but scoops below and then comes on top, with the same dupatta being over the head, and another one just on the side.

Way 6:  One Seedha Palla, One Around Your Chest We love how Sonam Kapoor used two lightweight dupattas and created her own style statement. One is bought from the side and taken to the front like a seedha palla. The other is taken across the chest and thrown back from either side.

Way 7: Like a Royal Bride with one dupatta draped across the hand 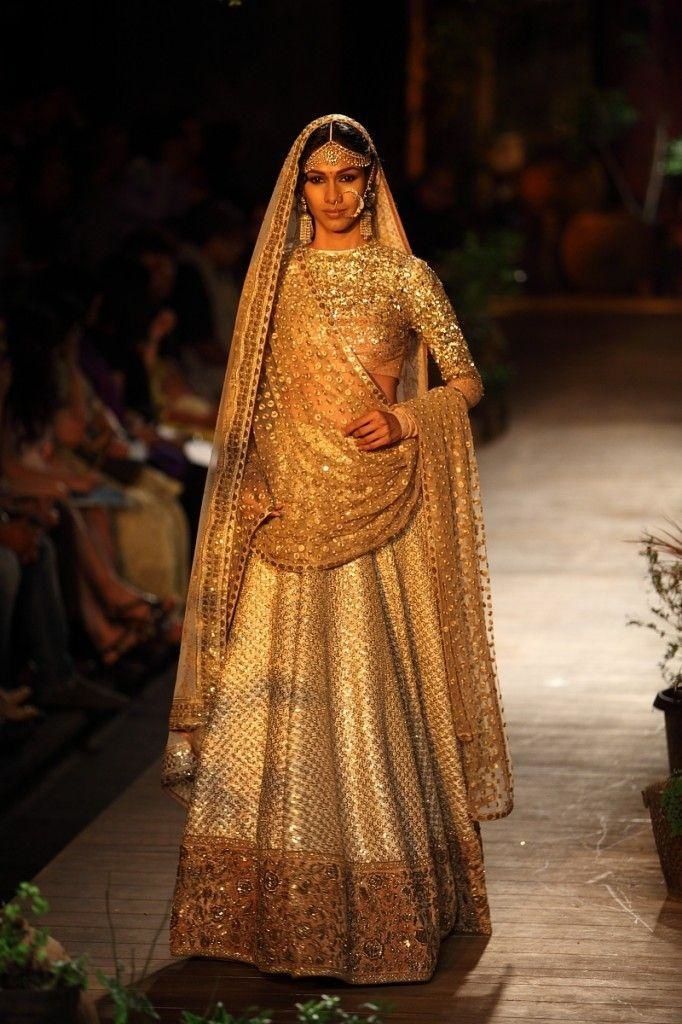 This one might tie down your hand, but it is the draping style of royalty! While one dupatta is draped over the head like a bridal chunari, the other one is pinned on the side and then brought front and gathered over the other wrist and left hanging. It looks stunning in photos!

Way 8: With two completely different dupattas made to match the same lehenga 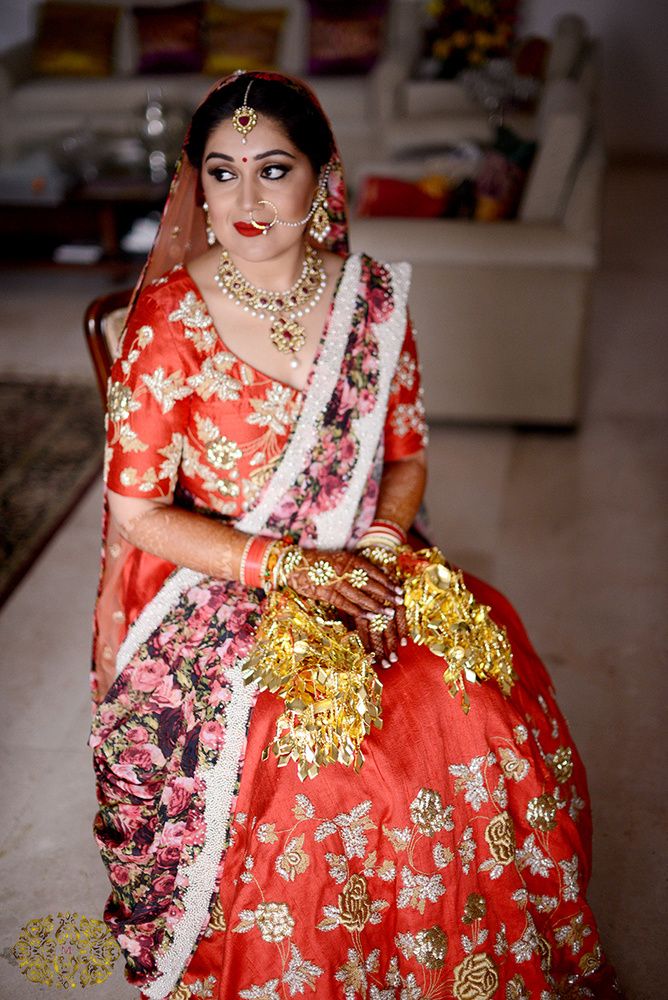 This is a refreshing new twist! The dupatta is kept completely different from the work on the lehenga- as you can see there is nothing common between them, but both the dupattas- the one that is draped on the head and the pallu have the border and the work matching.. interesting, right? Get two similar dupattas in lightweight , sheer fabric. One is draped like a shawl, left open over your lehenga. The other can be carried like a stole or as a veil trailing behind.

Way 10: One carried in your arms 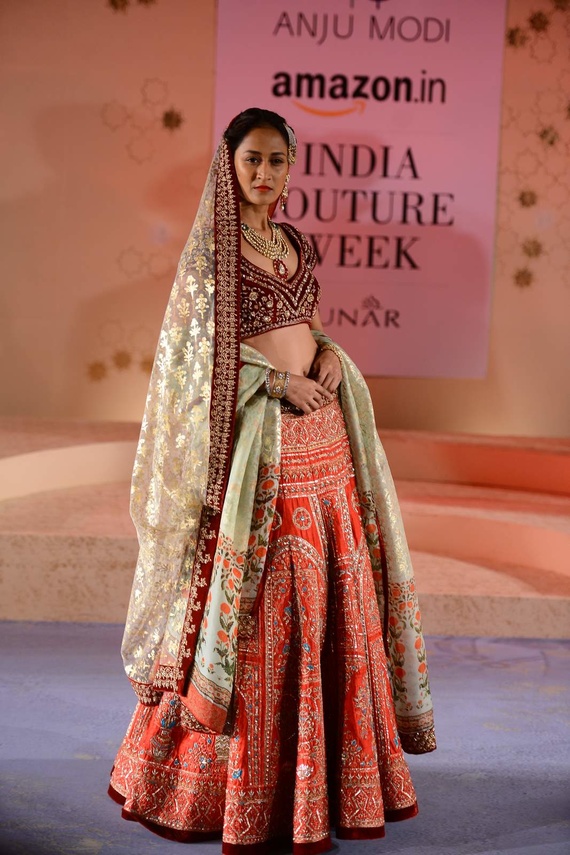 If you have  a statement dupatta saw a silk or banarsi dupatta, then you can keep it hanging on your arms from the back, and keep the light one for the head. Gives an elegant, old world look but may be slightly uncomfortablr for fuss free brides. 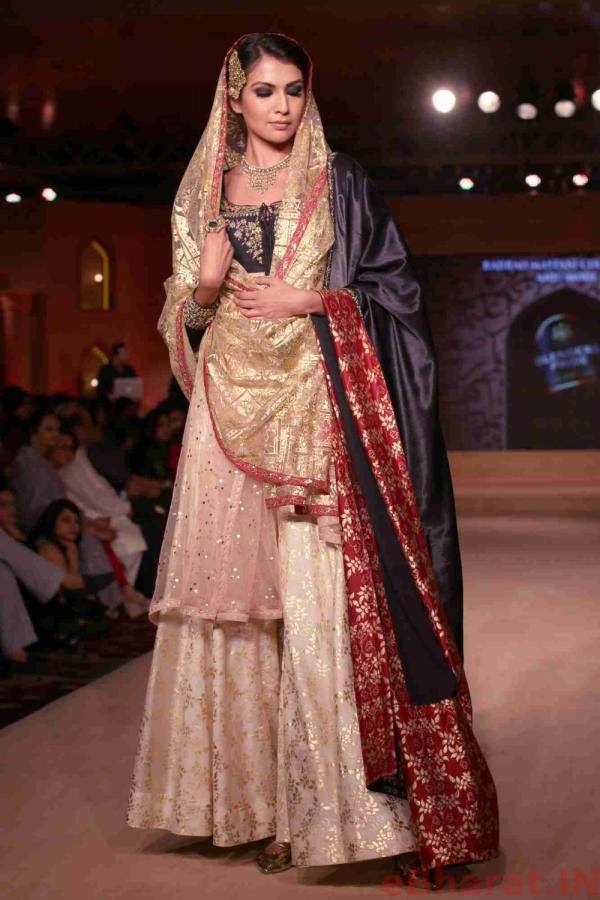 In this style, one dupatta is kep loosely on the side and the other one is framing the head and bought in fromt like a U and then thrown over.

So, what style are you gonna pick?

#BrideBeautyGuide: 10 Tricks To Combat Dark Circles Before The Wedding Day