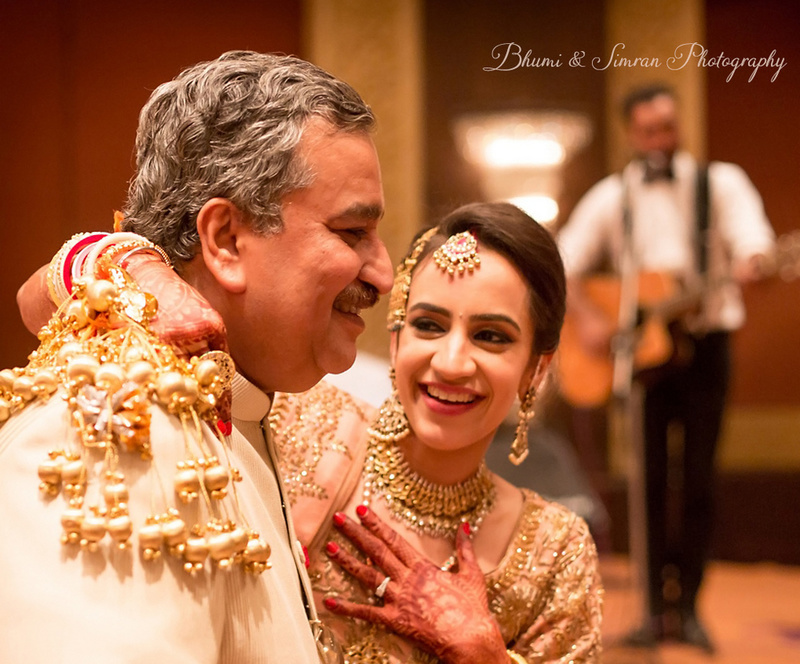 A few days ago we asked all of you to send in your #Fatherofthebride moments on Instagram & Snapchat telling us your dads first reactions to the second most important man in your life. Here were our favorite stories: Falak: There was an awkward silence as me, my boyfriend, my dad sat in the living room. Any kind of small talk would just be shut down. So I switched on the TV to a sports channel and let them be. Within minutes there were beer cans opening and intense debates about soccer teams. When it doubt, reach to sport!   Gauri: He (my boyfriend, now fiance), came to wish me on my birthday at midnight and I decided to introduce him to my dad.  After he left, the only reaction of my dad was a grumpy scowl and he said, "why is his beard so long, tell him to shave".   Neha: The first time my dad met my fiance, he was so cutely jealous. It took him 8 months to come around, but now it's like he gained a son!   Ananya : "What? HIM" . Said my dad, almost aghast when he realized that the man in my life was the next door neighbour who was constantly blaring loud music and  being cursed by him every day"   Priyam:  My fiance's a pretty successful photographer. But my dad just couldn't digest the fact that his daughter would be marrying someone who in his mind is a "Photowalle Bhaiya". Fortunately, after a couple of drinks, my dad took him aside and asked him what is it he genuinely does. When he found out the kind of people and events he covered, he felt more at ease. I still think he would have loved for me to marry a doctor, but he loves my fiance just as much. Khushboo: My dad's reaction: "I don't understand why none of my kids want to marry Sindhi's!!!".  I was the second kid to marry outside the community ;)

WMG Picks: The Most Extraordinary Stays For Your Honeymoon!