Glamorous Wedding With All Things Pretty

Larger-than-life decorations, a Sabyasachi bride in red, a groom entering like royalty, an iconic venue- you name it, and this wedding had it all! One reason why we were glued to our screens when we received Priya & Rajar’s wedding snippets in our mailbox! Every little detail, from the theme of the ceremony, the bridal entry song to the delicacies being served, was thoughtfully planned!

While Priya blended the best of both worlds by wearing a classic red on the wedding day and a glimmering number on her Reception outfit, Rajar too put up his best fashion foot forward. Photography by Sunny Dhiman Photography★ 4.9 did full justice to their beautiful union, and we suggest you take a peek at the photos without any further delay! 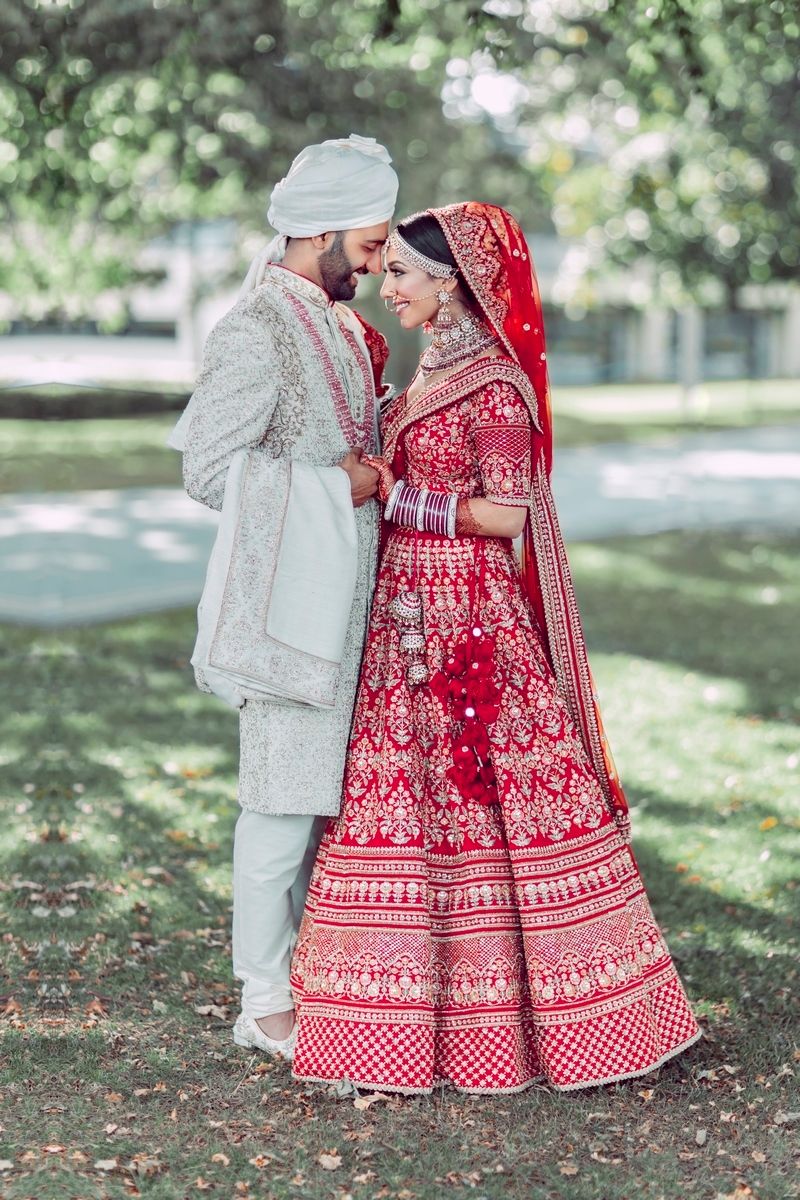 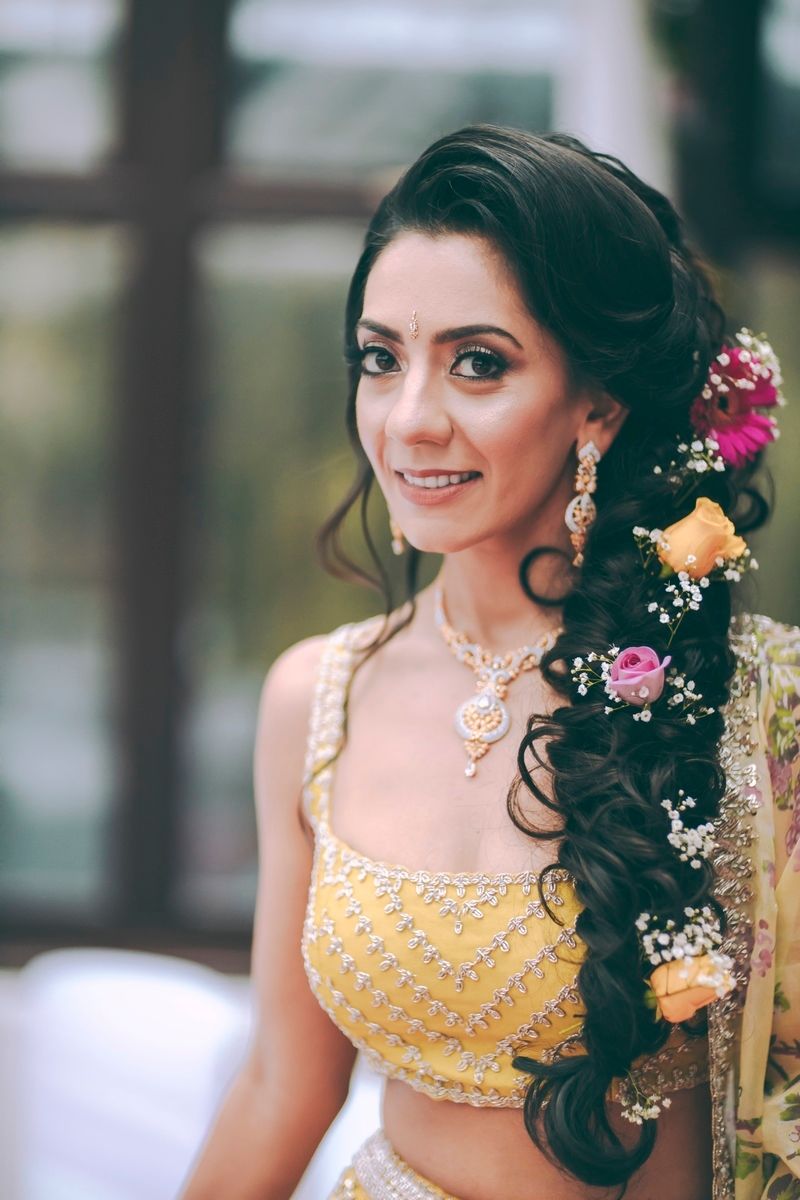 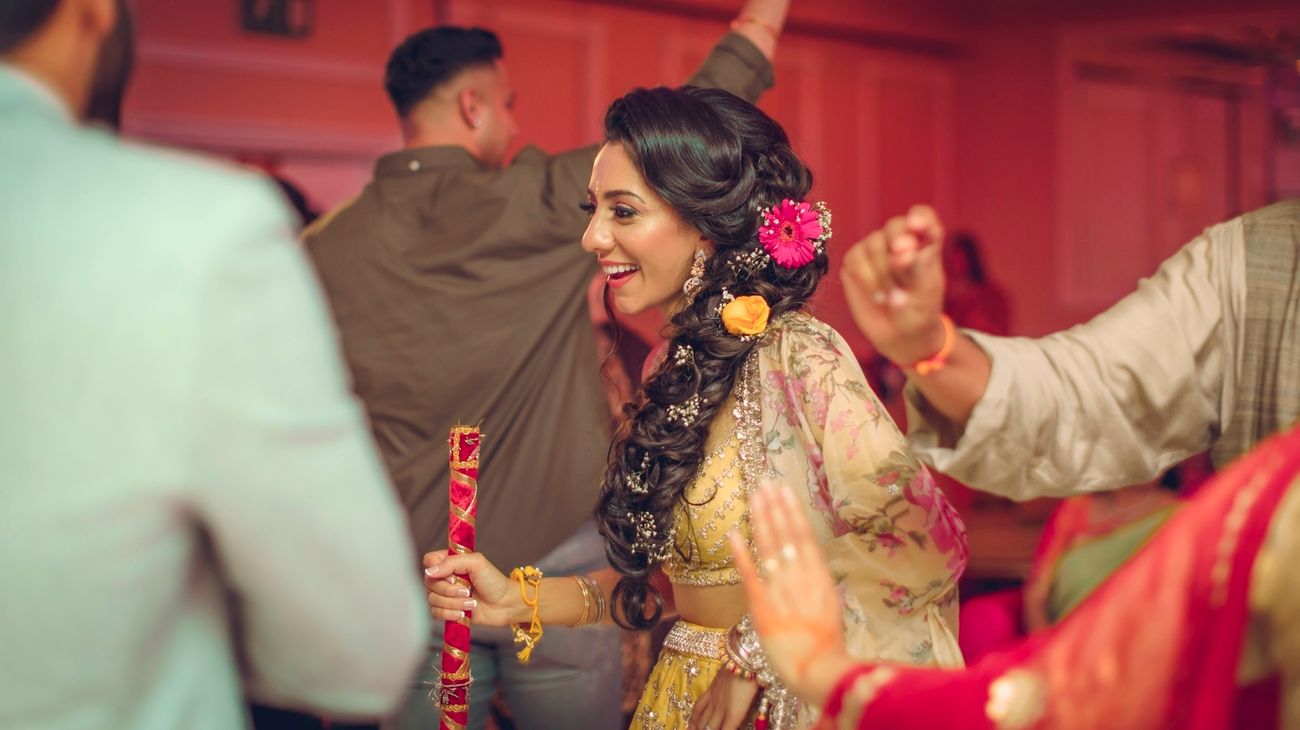 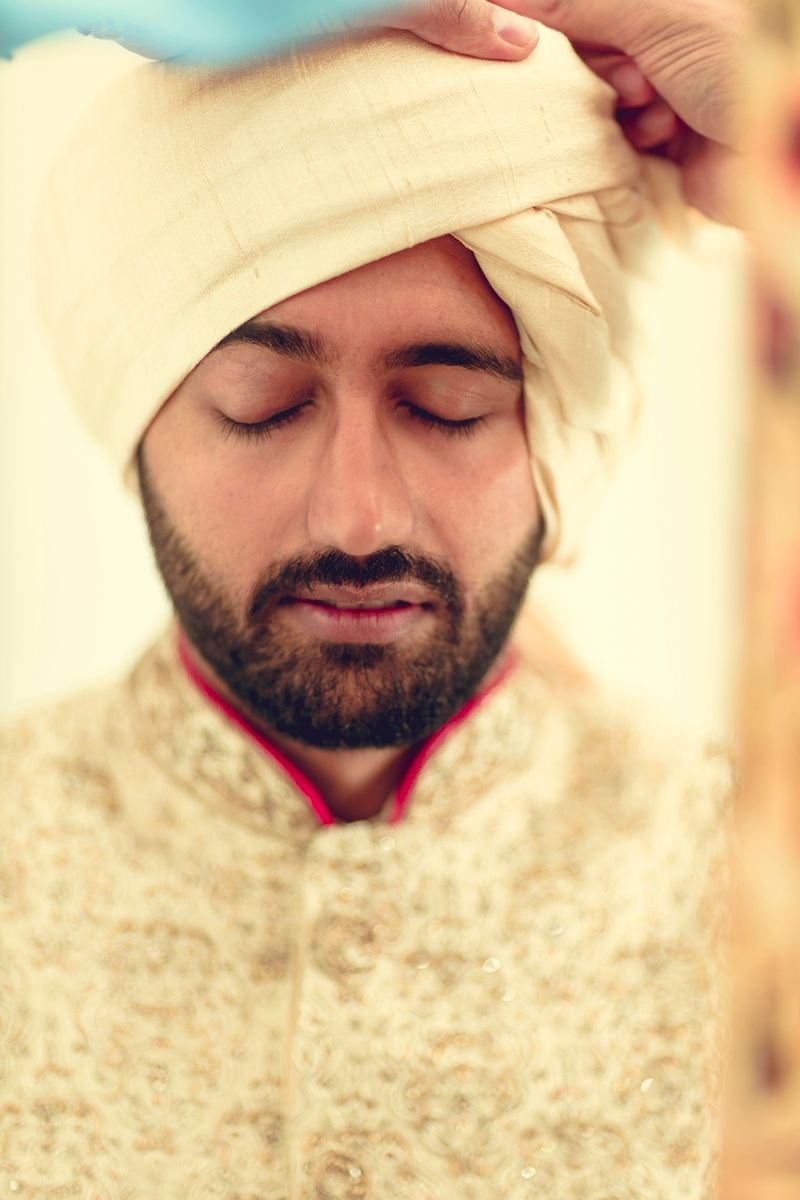 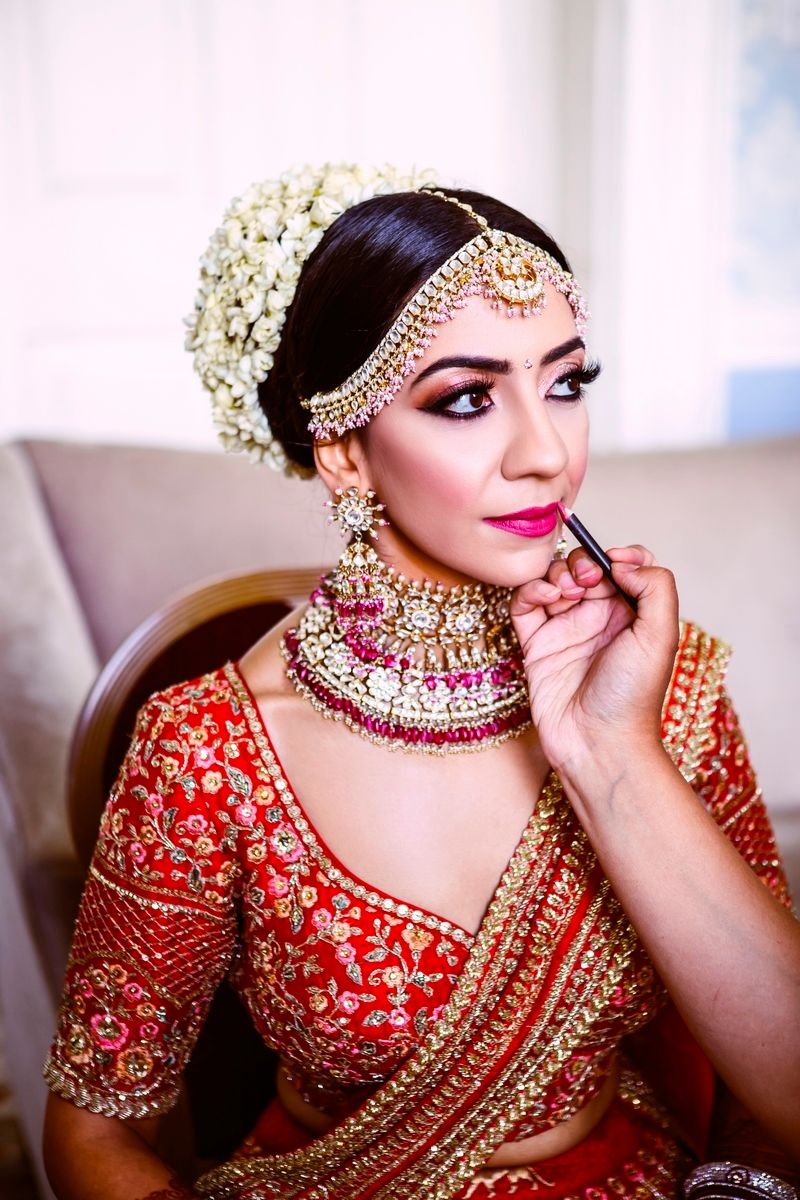 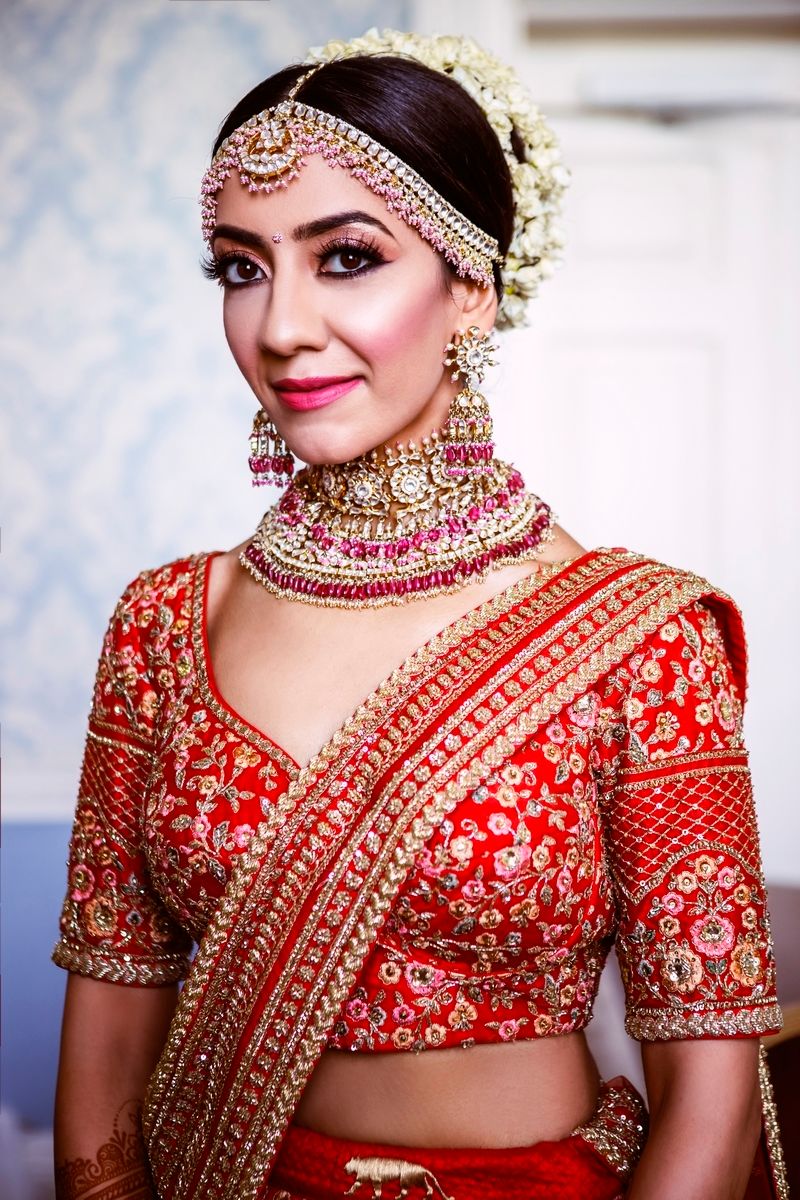 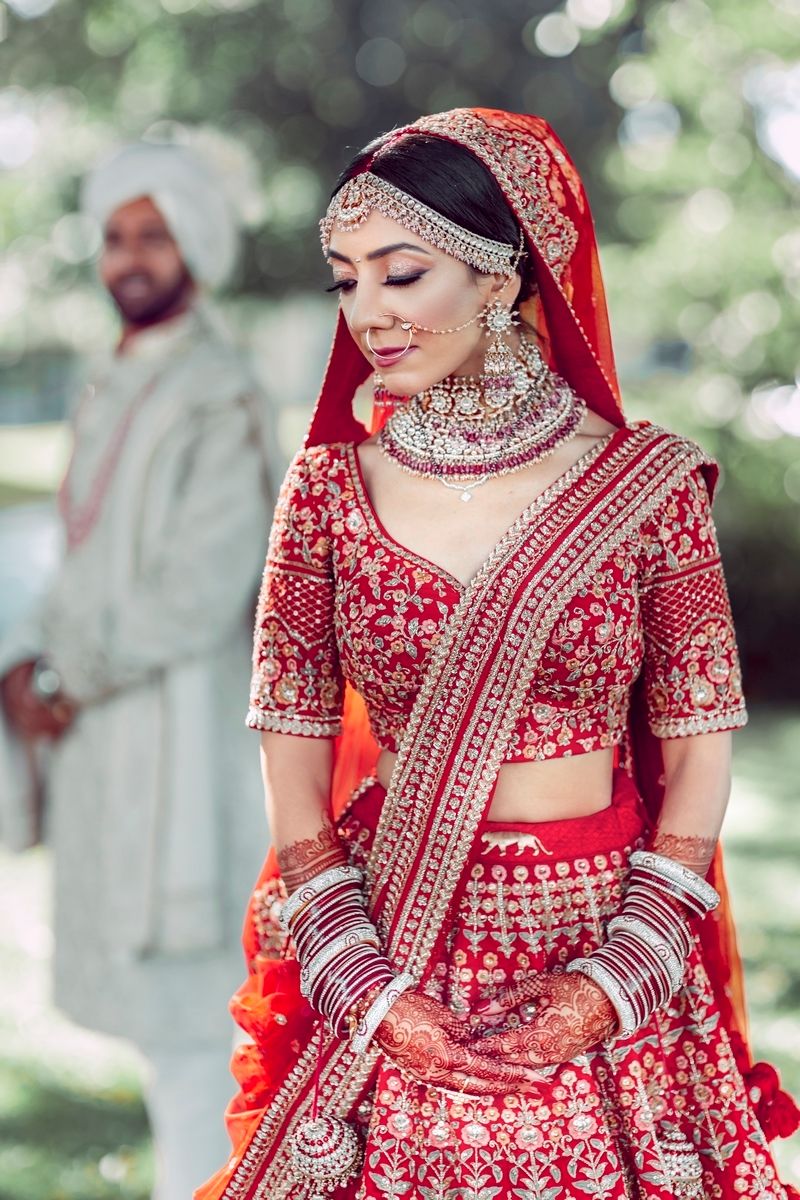 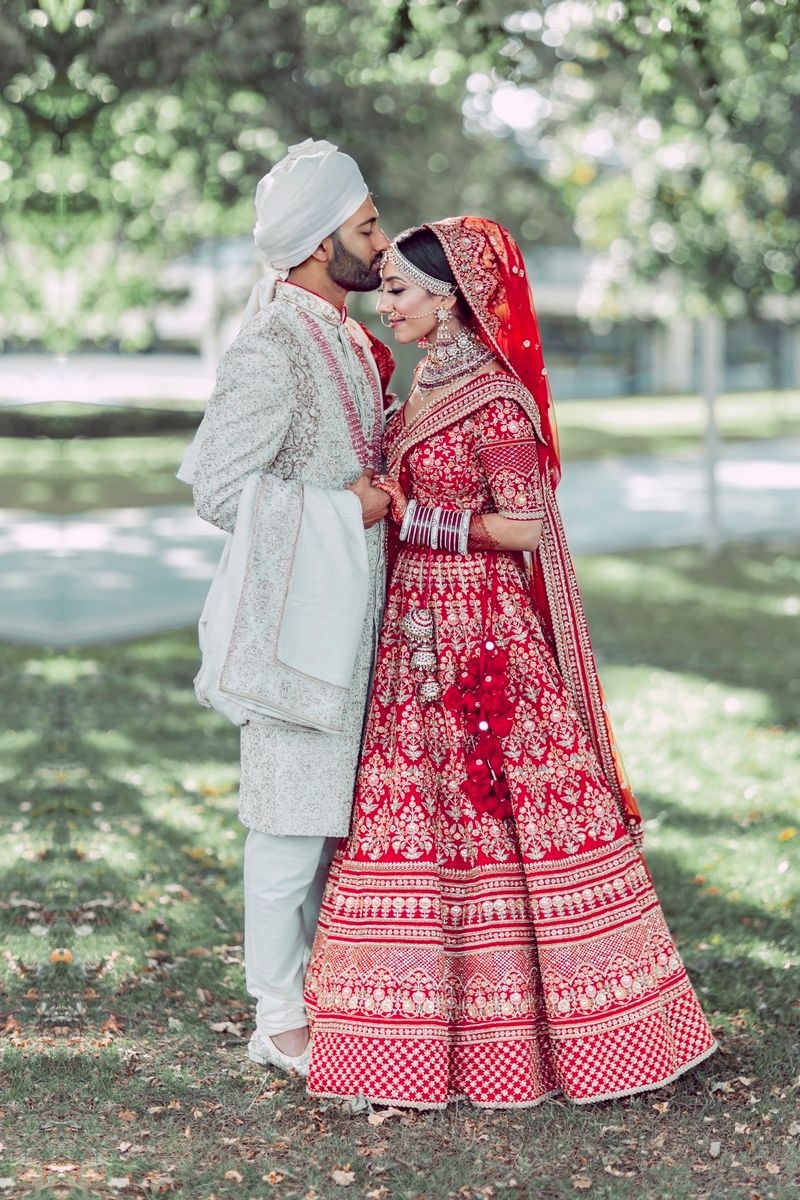 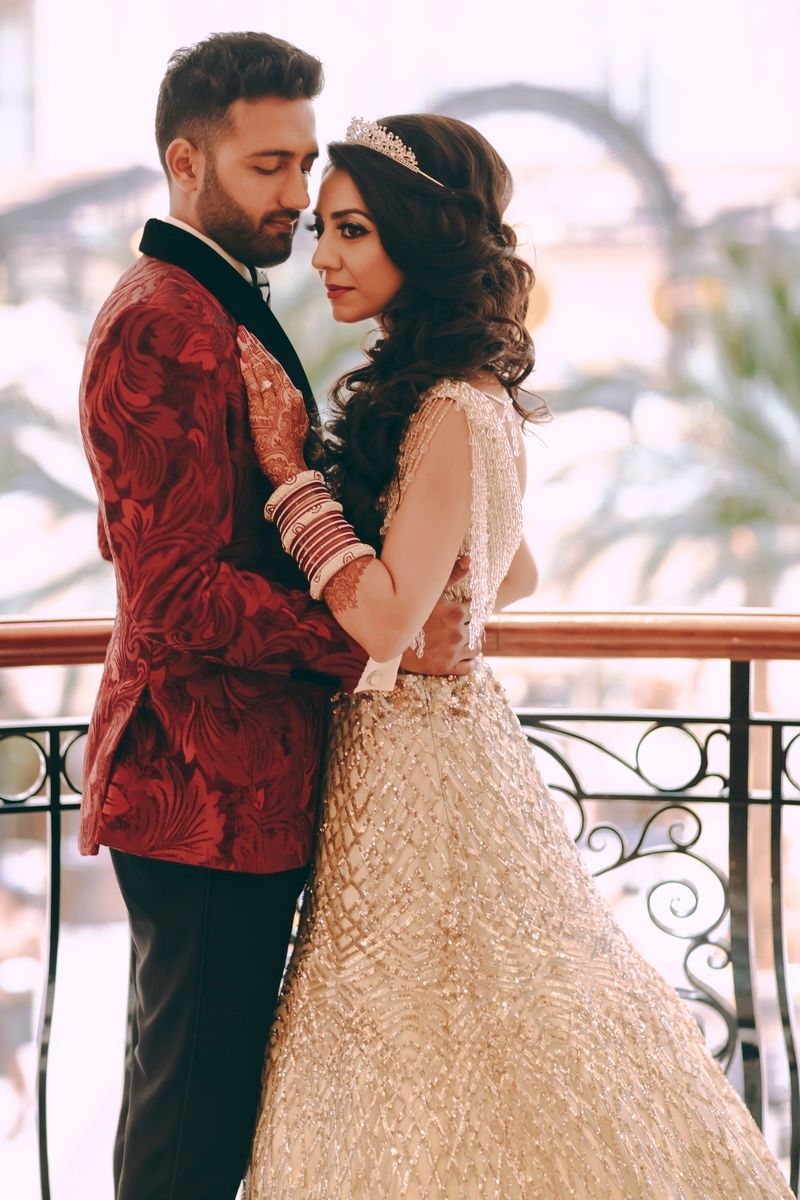 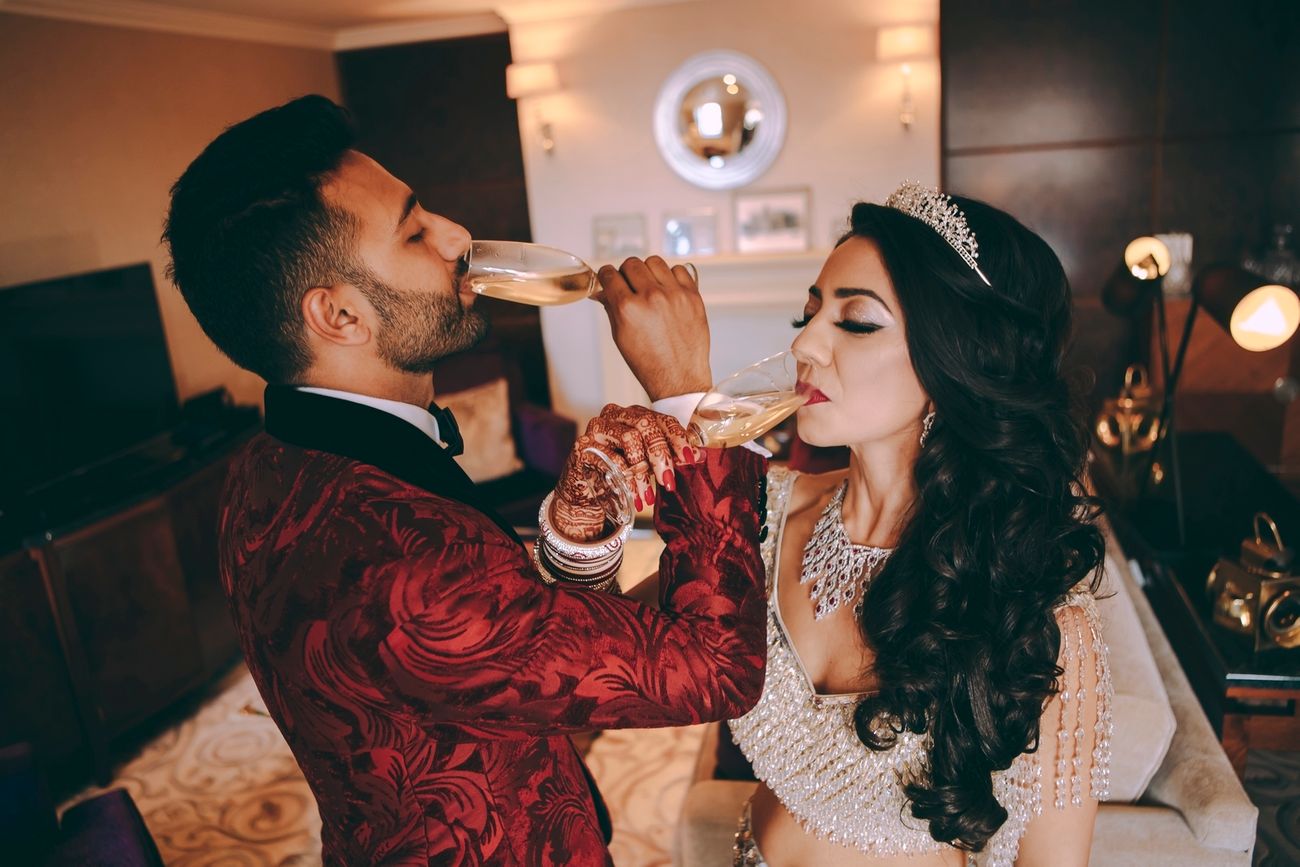 The Engagement ceremony was at Froyle Park estate in Hampshire. The theme was 'The Proposal', the couple wanted to use their elements of the proposal to make it more special. So they integrated a Swiss theme with pictures of their proposal in/around the venue. Priya wore a beautiful customised gown by Sulkshana Monga in Delhi, The gown was made up of ruffles and feathers. As she walked into the ceremony she was accompanied by her Sister Anita who also wore a Sulkshana Monga gown. Priya walked in to the song “Din shagna da” featuring Amar Khandha and Runa Rizvi.

Next up was the Mehendi/Sangeet, the theme was “Modern Jaipur”, a lot of bright colours bringing india to London. There were food huts serving India's most loved street food, gol guppa, chaat and so on. Priya made her entry with “London Thumakda” accompanied by her sisters and brothers in some very trendy and chic Gucci sunglasses.

The Bride held a Haldi ceremony at her house with her immediate friends and family. She wore a beautiful yellow floral dress with some gorgeous pink floral jewellery to finish her look.

The wedding day, at Stowe House in Buckingham. This venue is iconic and its an established filming location for many movies such as Kabhi Khushi Kabhie Gham (2001), The Crown (2017, X-Men (2011), James Bond (1999), Indiana Jones and so on. Rajar made his grand entrance on a Shire house with his Baraat and gorgeously lit up smoke bombs. The band bajaa consisted of a team of 8 which played throughout the baraat and milini, playing some upbeat Bollywood songs. The theme was “A Blush Eternal Promise”. The mandap was created by Enchanted by Syma. She and her team designed it using soft pastel flowers like hydrangeas and roses, with the centre covered in white Wisteria to differenate and give a dimenstion to the mandap structure. For the finishing, they used crystals and petals. The mandap was surrounded by beautiful architecture and statues, and Priya made her beautiful entrance with her brothers under a fresh flower canopy (Phoolon ki Chadar) to the song 'Ek Dil, Ek Jaan' from Padmaavat. As they made their pheras, they walked to the tunes of the live music being played (Tabla, sitar, flute and a Chinese drum) by Mistry Music. The ceremony finished by mocktails overlooking the lake with some beautiful live Jazz music and a scrumptious setup of deserts and live stations.

The reception was at the iconic hotel in Central London, The Landmark. This Grande Dame hotel surrounds itself with beautiful palm trees with a harp playing the most classic songs. The theme for the evening was; “A Romantic Fairytale Escape”. Guests were entered into the ballroom by Ballerinas, Acrobats and a Jazz Trio. The performed their first dance on a mix of A Whole New World (Aladdin), All of me (John legend), A Good Night (John Legend), Can’t Take My Eyes Off You (Frankie Valli)”. As they danced, a low lying fog was created and fireworks went off around the couple. The guests danced the night away with a Saxophonist and live band. Priya wore a Sumeet Varma gown and Rajar wore a custom made tailored suit from Mochi from Delhi.