This Bride & Her Fam All Got Simpsons Characters In Their Mehendi & We Love It!

We love a cute Mehendi, especially when it really stands out for all the good reasons! Divya Henna by Prashanta does some amazing Mehendi designs for desi brides abroad, and when we came across this one, we just had to feature it! Yup, she had a bride who got a Simpsons themed Mehendi, and we can't stop gushing over how cute it is! Take a look for yourselves! 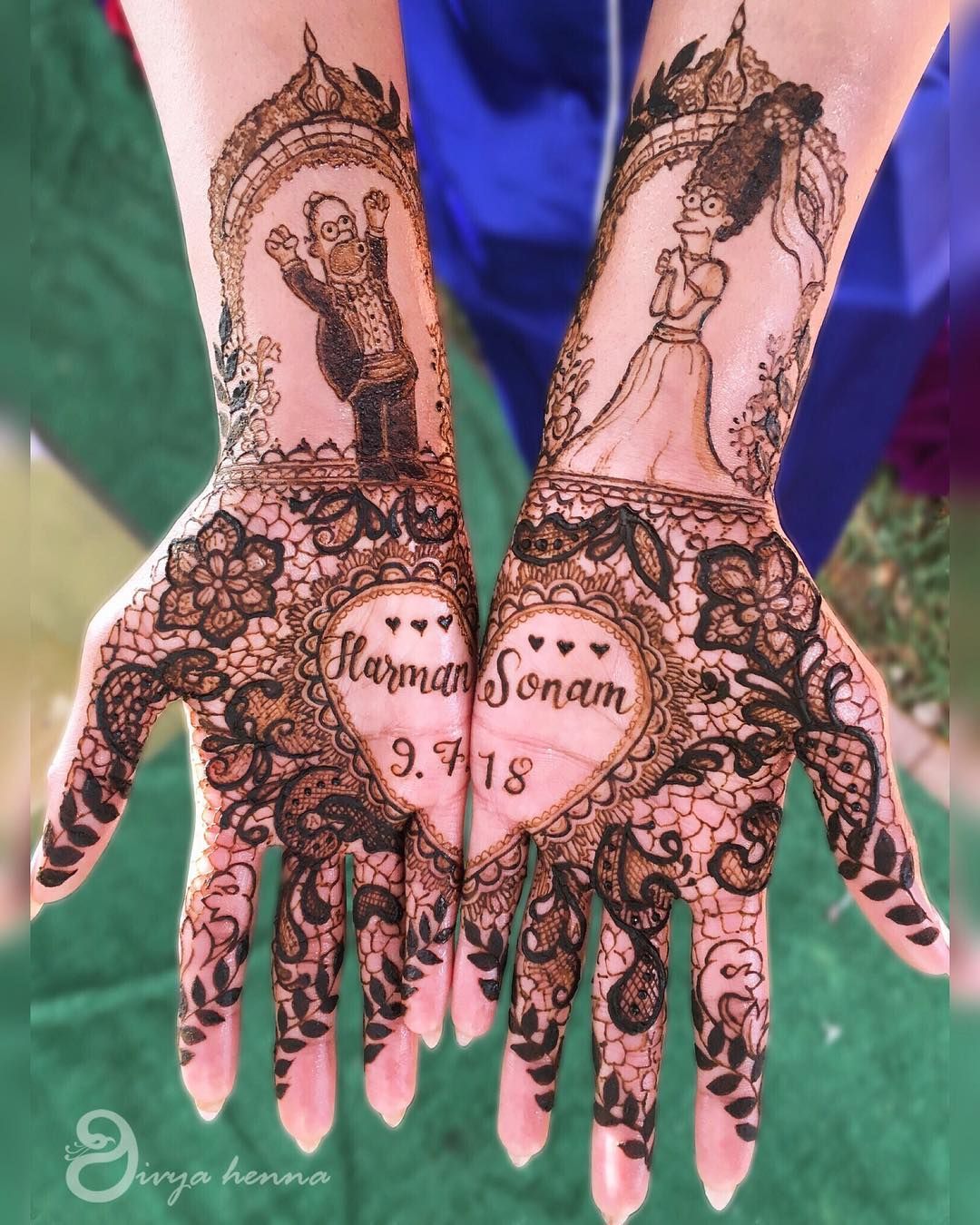 Now isn't that something? This bridal Mehendi had not just the couple's name and their wedding date on it inside lace design mehendi and a half and half heart, but we love the Homer and Marge caricatures in their wedding gear on the wrist! So unique and adorable! Not just that, even Team Bride got some cute Mehendi, with different Simpsons characters etched on their hands! And if you're wondering why there are more men in there, then that's because Team Bride had more men! 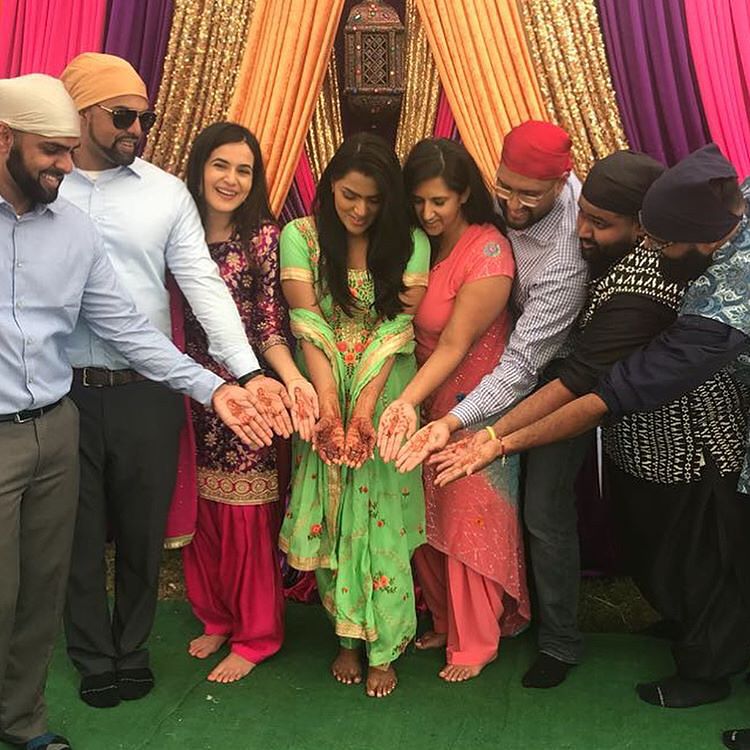 Isn't that a super cute idea? If you love the Simpsons as much as this bride (or us!), then a great idea to take inspiration from! In fact, the bride Sonam even got a super cute 'Save The Date' Mehendi, which was even printed out as fridge magnets, which was a super unique idea too! The groom is from the Washington D.C. area, and the bride from the San Francisco Bay area, so the two skylines were depicted. 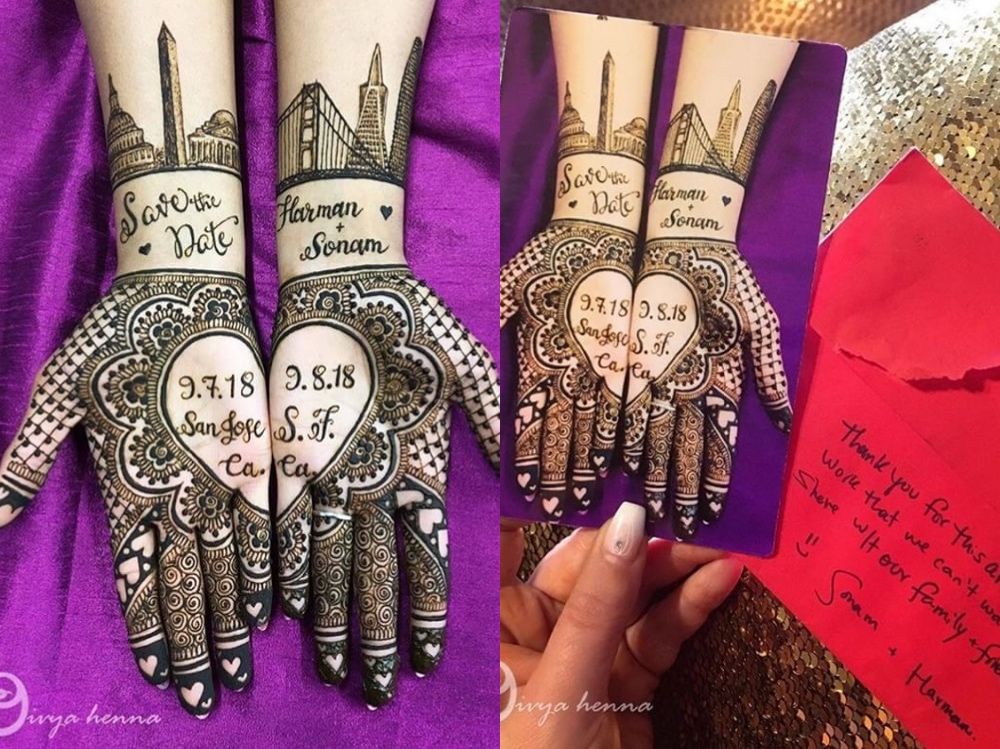 From the Mehendi Artist:

"The bride, Sonam, initially approached me with a very creative idea for her ‘Save The Date’ mehendi, which she had made into a refrigerator magnet to use as an announcement for all her guests. During her mehendi, she mentioned wanting to do something equally creative for her wedding. She has a lot of close relatives who are men (brothers and cousins), and wanted to do something that the whole family could participate in, even the guys. since her whole family are Simpsons fans, she contacted me with the idea a few months later. When her mother first saw me adding Homer and Marge to her daughter’s bridal mehendi, she gave me a sideways glance, and I could tell she wasn’t so thrilled with the idea. But after she observed all of the close family feeling excited and happy to be included in the mehendi, and happily comparing their selected characters, she had a change of heart. She told me, "At first I thought Sonam was crazy to do this, but now that I see how it brought the whole family together, I understand!"

ALSO READ: One Bride Got Her Puppy Put In Her Mehendi & We Are Obsessed

Small Little Additions To The Groom's Look That Can Make A Statement!