So you want to put up your very own blockbuster Sangeet minus the cheesyness but don't know where to start? Well, these are a few easy, DIY Sangeet dance performance ideas to get the party started . 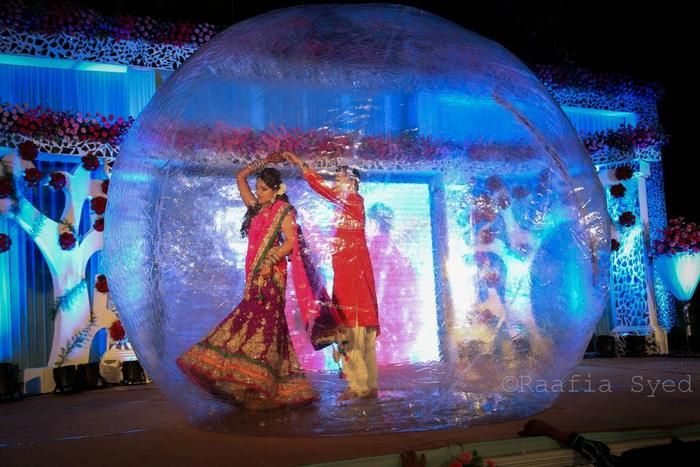 Performance inside a Zorbing ball. From the wedding: Sonam and Harsh

1. The Shadow dance: This one needs a fair bit of practice but involves one half of the couple standing behind a screen so that only the shadow is seen, and the other partner standing in front dancing with the shadow . Check out these youtube references for the same

2. Pyros, Confetti , Co2 and Glitter Shooters: Make sure you have stocked up on confetti and glitter shooters to release at appropriate times during the performance. Want to go a step further ? Incorporate Pyros (think of them like mini fire phooljadis) or CO2 blasters as well.

3. Flash Mob: Start the dance performances like a flash mob- by randomly making one person dance in the crowd , and as more and more people join in they can take to the stage and really get the crowd going. Read more on flash mobs here 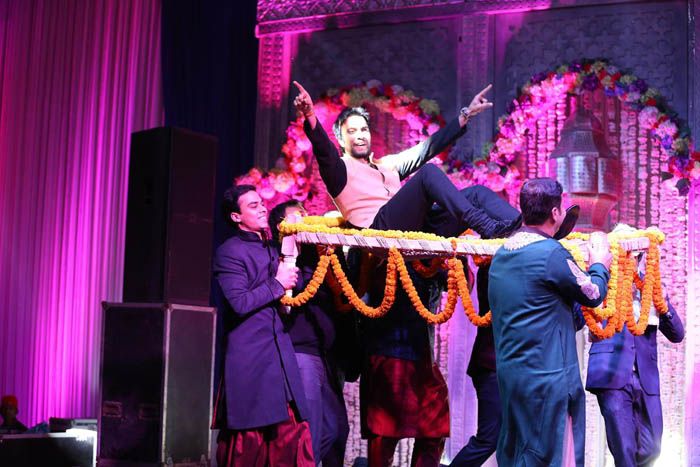 4. The entry on to the stage via a Split LED (or other things)  : Whether you want to enter on a scooter/ rickshaw on stage, you want to tear through a paper poster (cheesy but fun), or you want to tell your DJ to arrange a LED backdrop which splits open in the center to reveal you walking through, entries are the best part of the sangeet. You could also have the groom enter on the shoulders of all his guy friends !

5. Performance inside  a zorbing ball: Another one meant for the ones quite obsessed with their sangeet, and again one that takes a bit of practice but couples are performing inside zorbing balls which are just slightly deflated so that they have  some balance inside the ball. The question we want to ask is - how did they get inside the ball in the first place?

6. Incorporate A/V as fillers in the performances: The most boring part of a sangeet is definitely the lull that come in between performances. Incorporate short video clippings in between these parts to keep the energy high recommends Twirls and Thumkas Choreography

7. Dialogues : Want to have a whole lot of fun on your sangeet? Incorporate famous dialogues such as " Ek baar jo maine commitment kardi , main apne aap ki bhi nahi sunta" in the middle of performances. Everyone loves a Bollywood line or two specially when it comes from the bride or groom, recommends Swati from Twirls and Thumkas Choreography 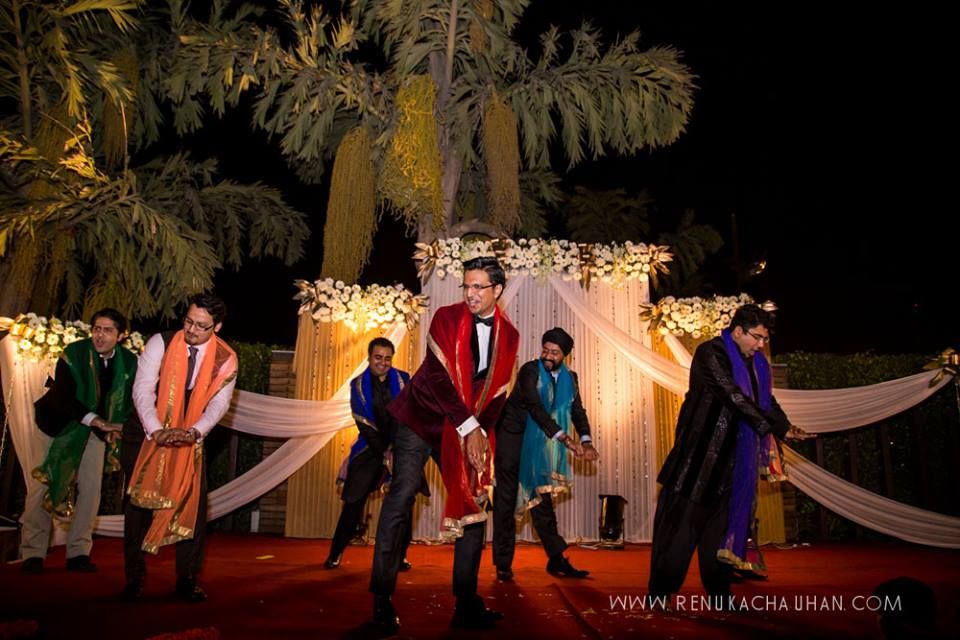 Above image from Renuka Chauhan

8. Boys doing item songs: Its been done, we know but everybody loves a guy gang dancing on 'Babydoll' !

9. Props: Large thermocol frames, sunglasses, hats, and even umbrellas. Get creative with props!

With inputs from Twirls and Thumkas Choreography

Want to know what else apart from the dance you need to make a firecracker of a sangeet night? Check out these fun ideas