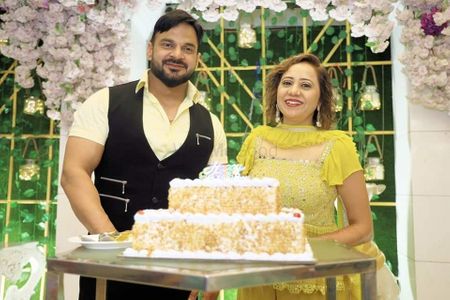 Groom Nd Bride both side choreography 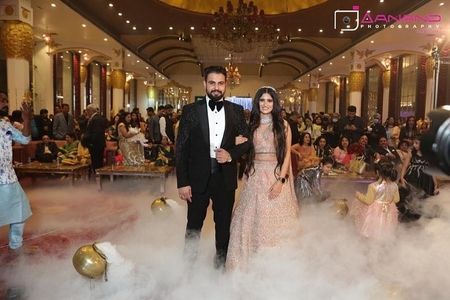 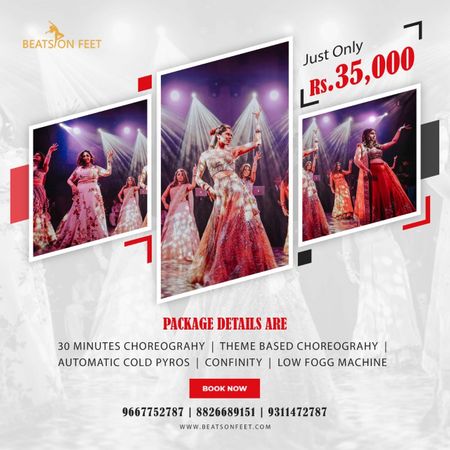 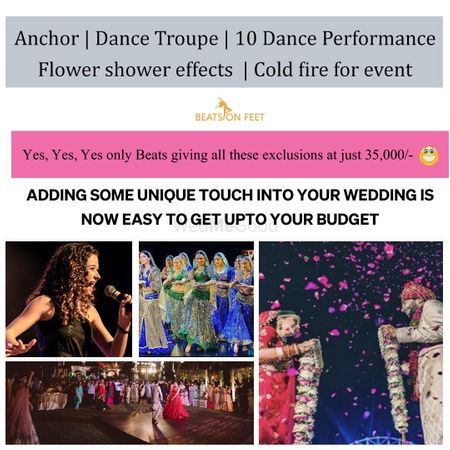 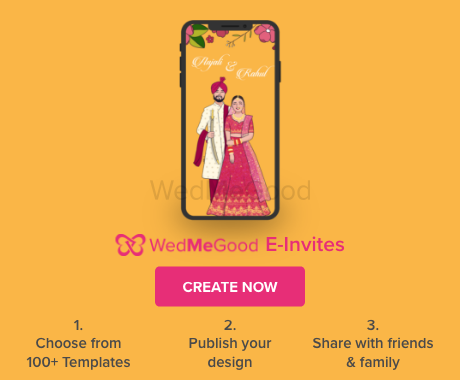 Reviews for Beats on Feet (75)

Amazing choreography done by them. Steps were amazing and very easy can be performed by different age groups. Glad to find them. Highly recommended.

I hired Beats for Feets in a hurry just a few days before the marriage. He was extremely patient and had excellent choreography. He was really helpful and accommodating to our levels of comfort and helped us give a great performance with confidence.

Thanks Muskan for your valuable feedback 🙏🙏🙏🙏

Highly Recommended! We came across Beats On Feet for a cousin's wedding Sangeet prepration. Megha and Sam are best teachers and choreographer. Both myself and my husband are non-dancers, but they made us so much comfortable. I really like the way they taught and treated us. Thanks

Thanks Sanjana for your valuable feedback 🙏🙏🙏🥰

Amazing experience with Beats On Feet Thankssss to Megha & Sam they did my son wedding super we give our 2 days event to them ND their team & them totally manage all over things .Thanks to you guys I really appreciate ND recommend to everyone ❤

TLDR: I would recommend to stay away from them - they are really shady, deceptive and will try to leech money without delivering on what was promised. They didn’t give me half my songs, and whatever they did give, was incorrectly edited. Full story: I was very upfront and clear about my requirements before I booked these guys. I needed a mix of tutorial videos and offline sessions because we had some of our guests traveling from far away and they were arriving only the morning of the sangeet. I had requested for multiple short dances to be choreographed for the sangeet, and one flash mob style performance for the wedding. Megha was well aware of the requirements before accepting the booking. I even sent a very clear excel sheet describing which songs are needed as tutorial videos and which ones would be offline, who will be dancing to them, what their age group is, and the YouTube link to the song (so there’s no confusion). I booked a package which included 4 offline sessions. I planned such that the last offline session was reserved for the people who learned from the tutorial videos after they arrived (so they also get a final practice in-person). Now, credit where credit is due - the one good thing about booking these guys - Sam is a patient teacher. He teaches in a very easy to understand manner and most people will be able to pick up quickly. Now, the bad parts - To confirm the booking, they ask for an advance and they told me the remaining amount will be due on the day of the last session. Since some of my guests were arriving on the morning of the sangeet, I had booked the last session that afternoon (day of the sangeet). They will tell you that they will do all the song editing. So when I asked them to send the songs to me one day before the last session, so people could practice properly, they said they won’t do any data transfer before receiving the full amount. And they don’t tell you this while booking. (Red flag #1). When I asked “what if I send you the money today and you don’t send me my data or show up for the last session tomorrow? I’m not going to leave my wedding prep and run after you”, Megha’s response was “this is our policy, we are running a business, we deliver what we promise. Your songs are ready, you just need to make the payment and they will be sent to you”. Ok, so I made the payment that same night because what other choice did I really have? Now, all the people who were supposed to practice in the final session, were very late, and our morning event was pushed back. So I apologized to Sam for making him wait and asked him to just give me the data and go, instead of waiting around for us. I told him we’ll manage the practice ourselves, please give me the songs and you can leave on time. This is where it gets crazier, the songs weren’t even edited! Sam sat down in my hotel room, and edited the songs after I asked him to give me the data. This is something they should be doing at home and coming prepared with. Heck, he could have even done this while waiting around for us, but nothing was done! Red flag #2 - they are not upfront about when they will edit the songs. They will do it during your offline session while I’m sure you are assuming that time is for dancing, not editing because that’s something they should be doing at home. Oh I guess I should mention - unfortunately I did not have a USB on me at the hotel during all the chaotic wedding prep, so Sam gave me his own USB. Megha yelled at me for this multiple times later - the fact that she donated an 8GB pen drive to the person who paid her 25k for work not done was a very big deal to her. For reference, a 32GB pen drive costs around 400 rupees. Finally Sam gave me the data and when I checked, there were 5 songs missing. I asked him to add those in front of me, but he said he really needed to rush, and will send those to me within 1.5 hours, so I had to let him leave. Big mistake because the songs never came. And two of the songs that he actually gave me, were incorrectly edited. The music was all wrong, and nothing similar to what he choreographed and taught. He used a different remix version of the song, so it was a completely different beat and music. So the people who danced to those were pretty confused on stage. Moreover, all the songs were chaotically synced, and nothing was lined up as I had laid it down in my excel sheet. They will take your money, won’t give you your data, and then will fight with you for a 400 rupee pen drive when you paid them 25,000 for a complete shit show at your event. Book them if you hate someone and want to spoil their event. They are really shady to work with and will take every advantage of you especially because you are likely going to be really busy with a million other things in your wedding, and they see this as an opportunity to take money from you and not deliver what was promised.

Firstly dear Juhi I m clearing things which may be you forget medley which you told all we give that s correct even we give that edit medley also which we don’t do the Choreograhy for our healthy relationship . Secondly once on event you don’t have pen drive to transfer the medley sam gave you to help from our side . Also we don’t take any charge ... Read More

My wedding choreography was a breeze thanks to Sam and Megha. They gave us ample time to practice and gave useful tips that made the process easier. My fiancé and mom are total non-dancers and they were happy with how Sam’s taught them easily. Wish Sam and Megha luck and success in their future endeavours! Such fun dancing with you guys ❤️

Someone suggested us sam and megha for wedding choreography and it was our perfect decision. They made it so easy for us. They are very professional and friendly people. Megha coordinates everything amazingly and sam is such a fun teacher. So glad we booked them.

Sam and Megha were entrusted with choreographing dances sequences for my daughter's wedding in December 2021. I found them to be professional and well-versed with various dance themes; they also understood our requirements very well. Their methods of instruction and choice of songs were impressive and finally, on the days of the functions, Sam was there for final practice. He saw to it that all dancers were at ease and feeling comfortable performing their respective steps. It was a happy experience overall and I wish them success in their future endeavours!

Thanks Sir 🙏for this enthusiastic feedback 🙏

I learned dance performance for my brother's wedding.she is a talented dancer and choreographer.

Highly Recommended! Beats On Feet One of the best dance choreographers Company. They have the best teachers and choreographer... I really like the way they teach and treat... Thanks. Keep Going....

Thanks Atul 👍for your best wishes
View All

FAQ about Beats on Feet

Are Beats on Feet open to destination weddings?

How many years of wedding choreography experience does Beats on Feet have?

Beats on Feet has an experience of >5 years.
Browse Similar Sangeet ChoreographersView More