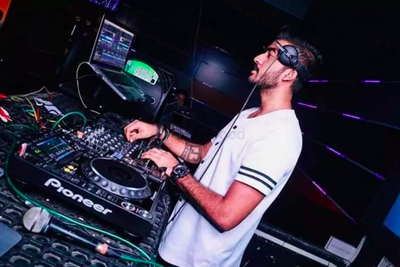 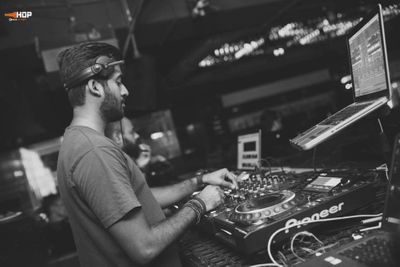 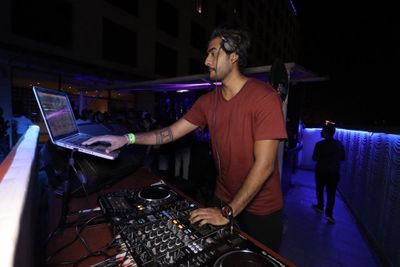 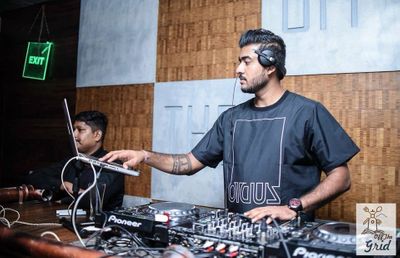 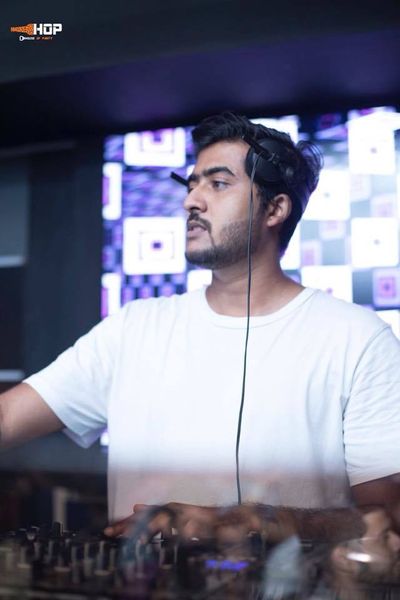 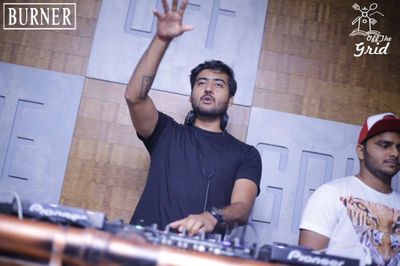 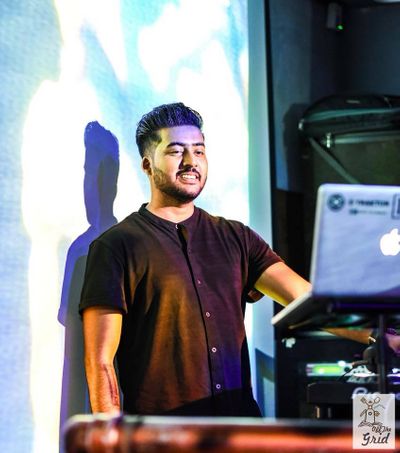 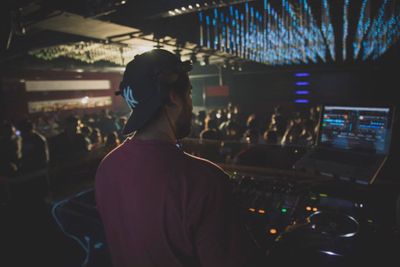 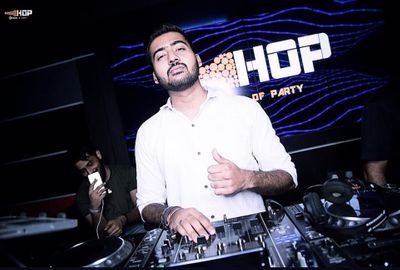 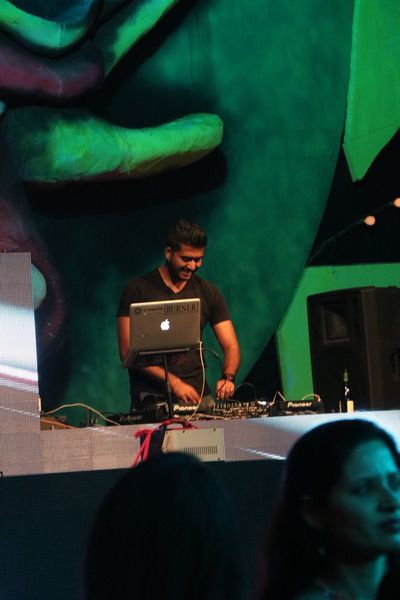 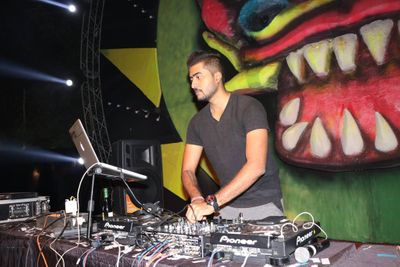 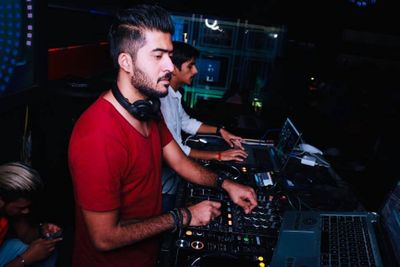 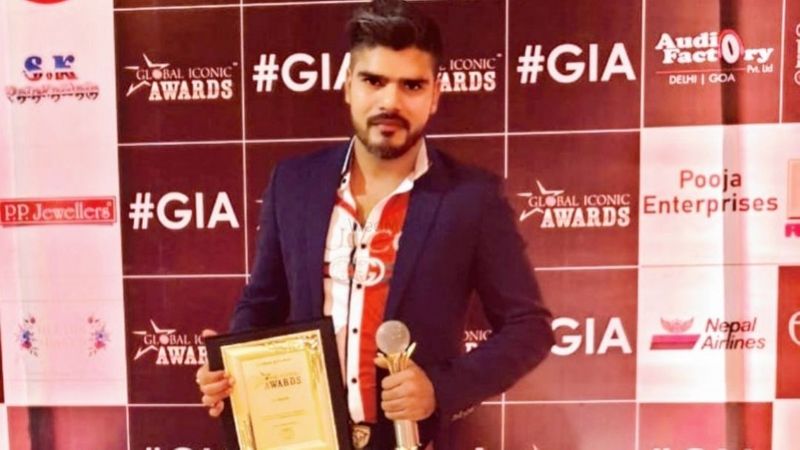 Akshay Jaunjal, commonly known by his stage name DEEJAY BURNER. Dj Burner is a 26-year-old, a complete clubbing soul, a Hip Hop Hustler, a Nightlife lover, a bling freak crazy from Mumbai. He can play almost every genre of music imaginable but specializes in Bollywood, Commercial House, Moombhaton, Hip Hop, Edm, Rock Retro and Club Music etc. He started off his career as an assistant at a tender age of 15, for around 5 years for a very reputed person. That’s when he flew for a maximum period of time, visited a lot of Clubs and came across so many different kinds of music. He, then decided he would be taking up Djing in his near future and was sure he would excel in it! The sense of beats and rhythm came straight from within, naturally! In 2004 he had expressed interest in becoming a DJ after seeing several artists performing live. He also ghost writes tracks for other artists...LATER ON, Deejay Burner got a Title of 2nd runner up Dj among 100 top DJs from India at Hysteria Mood Indigo IIT Bombay War Of DJs 2014 2015. Dj Burner has also got Title Mumbai No1 classical Edm Dj After Winning War of Dj In Kaleidoscope Festival @Sophia College

With music, universally, undergoing constant change, he is continually evolving with experimentation and pushing boundaries of what a DJ could be. He could be the right example of a new career option for guys of today’s generation. Despite DJing being a challenging job for boys in India, refused to bow down and sculpting herself with the cues, bar, experimenting with different styles of music, sensing the music pulse within the crowd, turned his into a self-made DJ of course with some guidance from veterans in the field. Dj Burner is already a Club DJ, Resident Dj in different clubs of Mumbai and been Spinning at end number of parties and events, and soon he will be established to rock the nation, as one of the famous DJs India has ever produced. He has also Played For Launch of Silent Disco Concert At Mood Indigo Festival IIT College Powai in Mumbai. He has also Open for Dj MADDIX International Dj (Tomorrowland) @ Kitty Su (Mumbai). Dj Burner has played more than 6000 Private Parties in his Djing Career Which Includes Top Clubs From Mumbai.

If there was butter more than five-star would have hit that....DJ BURNER rocks🔥🔥fabulous performance 🍾🍾from the start he has been responsive, helpful to our thoughts and ideas. I would recommend him several times over anyone with any upcoming event.

Dj Burner is the best Dj I have seen ever. Amazing music and most talented. Also he had best songs it was such a great time with him.

Amazing music and great entertainment provided by dj burner. He has a good music sense and knows how to handle the party . I would highly recommend Dj Burner to all for their Private parties.

Thank you so much for recommendation

Dj Burner is the best dj for wedding. A wedding is incomplete without him! what a amazing vibe the guy create. highly recommended

Thank you so much for recommendation

From the best playlist to the best vibe, DJ BURNER got it all! Thank you very much for adding your wonderful music to our party. All our guests enjoyed the great selection of songs. You are a gifted and talented DJ. So glad to choose you. I couldn't have chosen better. Highly recommended to everyone who is looking for a DJ

The best DJ in Mumbai. Its worth spending time when DJ burner plays as he understands what exactly the crowd expects. Waiting for the end of lockdown so that we can visit the clubs and enjoy the dance floor with his music

You are a great person i have ever came across. It always give me a different energy to perform for your events🔥and thank you so much for your kind words🙏

Dj burner is one of the most talented dj in mumbai . He makes all the crowd get on the dance floor and vibe with his music . He has also won many dj competitions in the past and is very dedicated and hardworking ....I can't wait till the lockdown ends and we could party like before with dj burner

Thank you so much ❤️🙏

DJ Burner is one of the best DJ I’ve ever come across. He knows exactly how to rock the party. It’s like he reads your mind. Be it Bollywood or Hollywood, he just knows what to play and what the crowd will like. I 100% recommended him.

Thank you so much for the recommendation means alot 💕

One of the finest DJs in town if you want to have a thumping party experience. He's just as good with all genres which can get the crowd tapping their feet the moment he starts playing the tunes. Connect with him for a rocking party time.

Thank you so much🔥🔥

It was superb experience with him, he exactly knows how to pump up the party and how to bring every one on dance floor and keep the party going. Highly recommended. 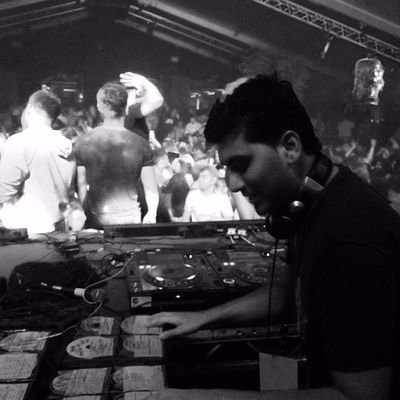 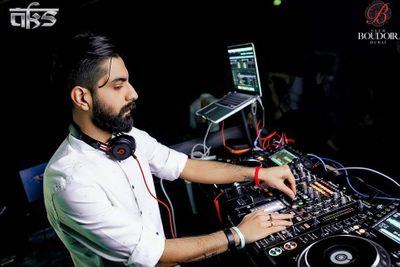