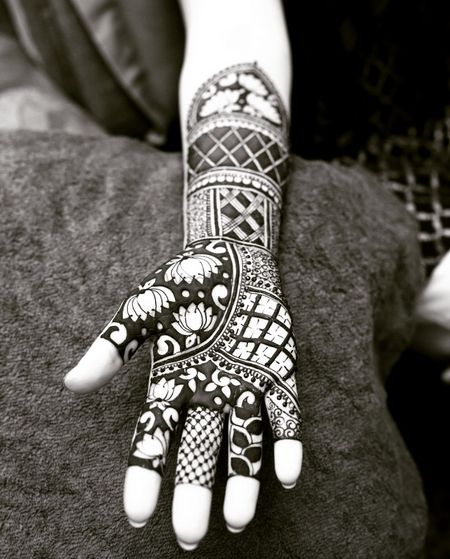 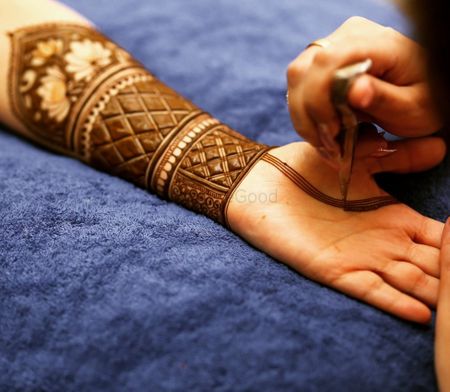 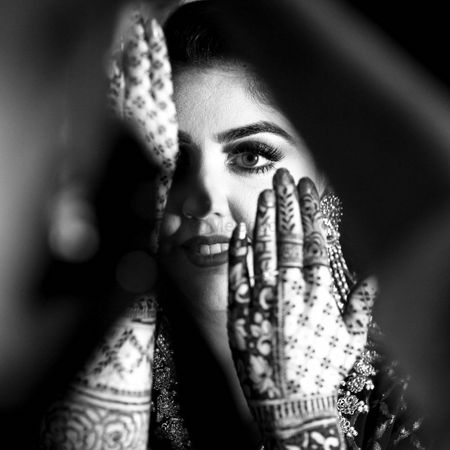 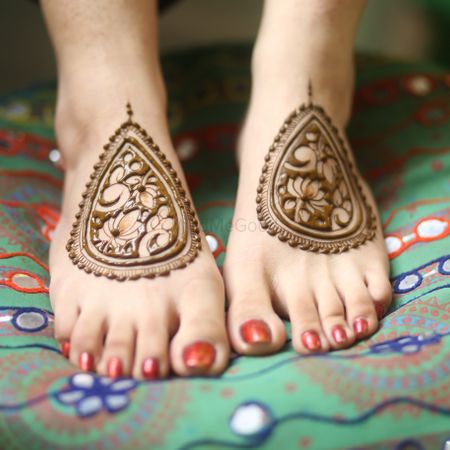 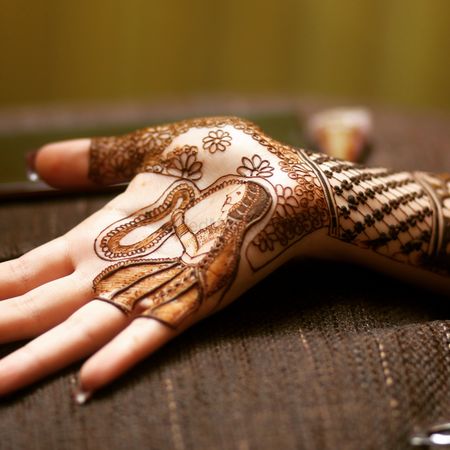 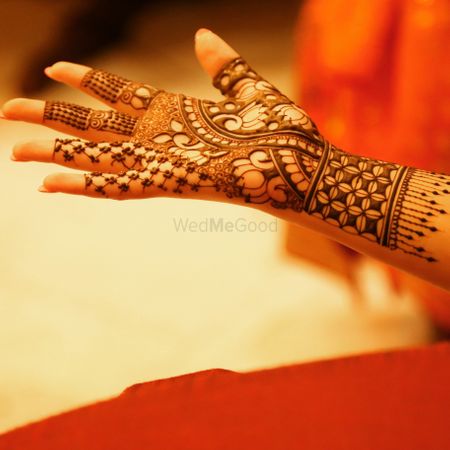 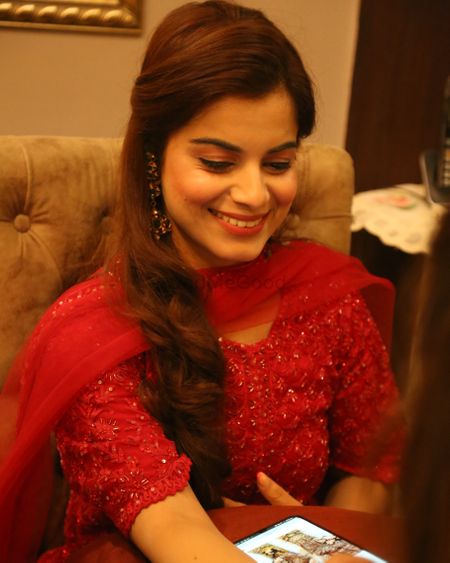 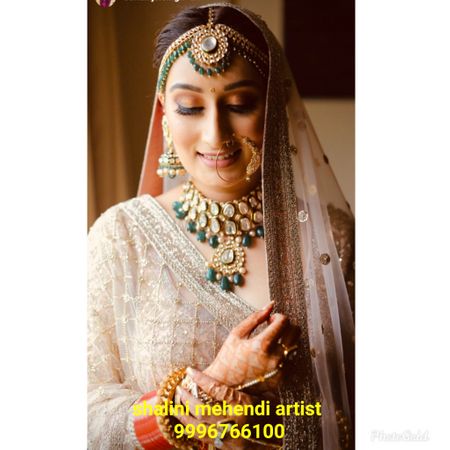 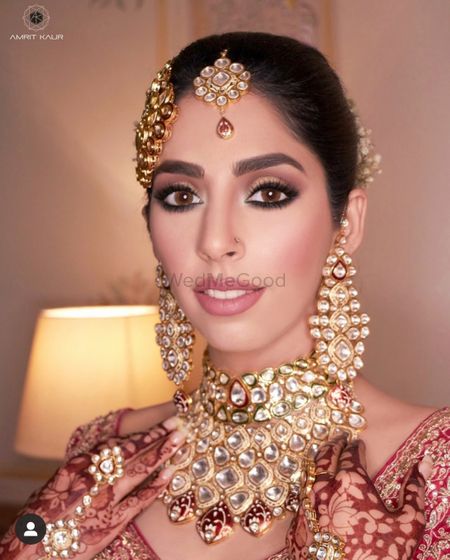 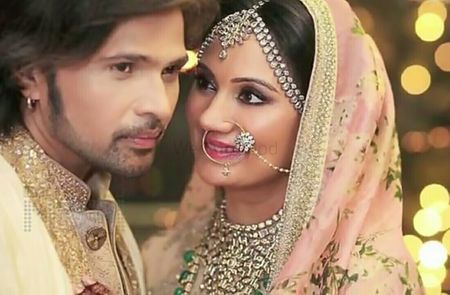 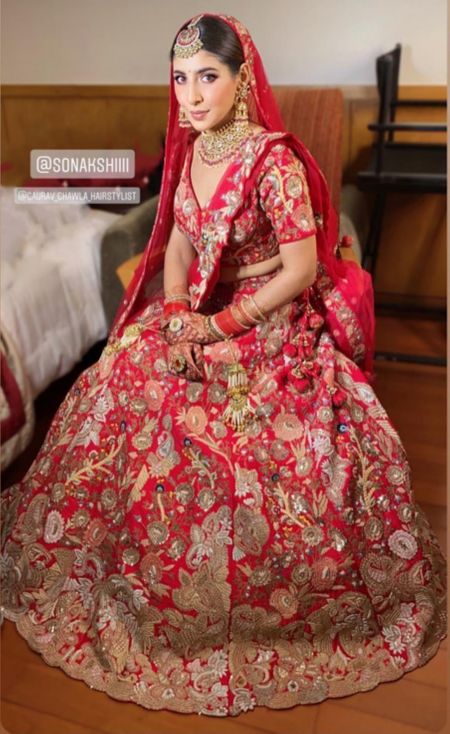 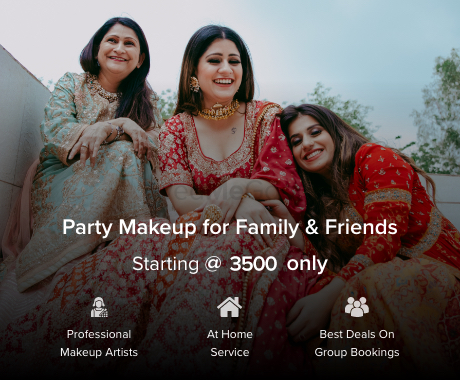 Mehendi is a mark of tradition as well as trend. Shalini Mehendi Artist & Academy assures to let its customers, mantain both. They started working in 2001 and its been over two decades of delivering satisfactory services. They are the hub of well experienced mehendi artists with many ideas to create the best mehendi designs. Your search for good mehendi wala can have a happy ending at their center. All the three stages involved in the application of mehendi are taken care of. They follow all the pre requisites to get the best results. The products used are all herbal and skin friendly. While applying, their artists put in efforts to make the latest mehendi designs in shortest time possible. The last but the most prominent stage is when the results are seen. It is their promise to achieve the desired results. You will find the taste of perfect mehandi art and the dark colour produced will be a treat to the eyes. Their Mehandi Designs comes out intuitively with varied imagination without any reference to books.

The experience was nice and would like to book them again.

Good experience 🤗 had a chat with her, resolved all our queries, thanks shalini …… z

It was an average experience for my wedding mehendi. First, she kept scolding me for moving my hand too much and honestly I was not shaking/moving my hand at all, any movement was purely out of being human and breathing (you don't want that kind of energy on your wedding days). Second, there was no similarity in the design on my left hand and the right hand in terms of the circle designs drawn, which I felt looked quite odd. Third, she didn't apply anything extra to increase the colour such as oils, so the colour turned out pretty average (nothing special that one would expect for a bridal mehendi). Thankfully, I had specified the exact design I required for the mehendi on my feet, so it was perfectly done by her assistant who was also faster (and better).

Hi Aishwarya 1) Do u remember that before booking me you explained me that u had a problem or illness or some kind skin disease that ur hands sweat automatically. During ur bridal mehendi I was wipping ur hands water again n again to put mehendi and this takes 3 hours for me to complete ur work as in normal hands I complete my work 1 hour. I am not... Read More

She is the best mehendi Artist i have seen before. She came to my sister wedding and trust me , she is the bestest mehandi Artist as well as best person by nature

Mehndi is Mehndi, but if you wanna look good mehndi to your hand on your Mehndi Ceremony so she is one of the best Mehndi Artist.

Very professional and efficient mehndi artist. You will never regret if you choose her. She looks after you.

I booked Shalini looking at her work, and the fact that she was very easily approachable. However, unlike other vendors, she does not enter into a contract and prefers recording conversation on WhatsApp, which she refers to as an arrangement. I booked her in January for my mehendi ceremony in end of April. She charged me 50 percent advance which was non refundable. While she was accommodating initially, as the wedding date came closer, and we hit the second wave of the pandemic, upon speaking to her for reducing the number of people she was booked for, she had issues. To begin with, she first said that the whole amount will have to be paid irrespective of number of hands that she actually puts mehendi on. When I resisted, she said she has already paid and booked Mehendi artists for my function and if I reduce numbers now, it will be her loss. Most of my other vendors understood that the wedding scale had gone down from a 200 people gathering to a 20 people gathering given the restrictions imposed by Covid, but although she said she understood her actions say otherwise. Upon discusssion, and to be fair, I told her that her advance was not going to be touched, and from the 30 people I booked for, 10 would be paid for special mehendi at 1100 for both hands till wrist, and the rest would be paid for basis the mehendi that she puts. I had also instructed her that if anybody tells her to put mehendi for what is worth more than 1100, she will only put it for 1100 and direct them to me, because that is our understanding. On the day of the function, given that I was single handedly managing, decor, my hair and make up, and the venues, I was immensely pre occupied and stressed, and hadn't eaten anything and infact had alcohol so I fell sick that evening. What happened next was that I was whatsapped a sheet with Mehendi put on about 10 women, with rates that were atrocious. Other than my MIL who put mehendi only on one hand, and very little that too, everyone else that put mehendi was charged in the range of 3.5-4k. I only saw this the next day morning because I had medicine and went off to sleep the night before. But if my husband and parents are to be believed, she did not leave the venue and was asking for the whole amount despite everyone telling her that she had spoken to me, and she should wait to speak to me to settle the accounts. My parents felt so harrassed that they ended up paying her whatever cash they had, and a balance of about 6k or so was left which they said she could speak with me and collect. On my wedding day, from my haldi function till the wedding, I kept getting messages from her for the balance payment with absolutely no regard for the fact that I was getting married that day and I had a lot going on that needed to be taken care of. I was not going to run away with the money, whether or not I thought she deserved it or not. Honestly, for someone who claims to be a professional mehendi artist, this behaviour and consequent actions only show that all they care about is your money. Now, when it comes to my bridal mehendi, while she remembered to take advantage of my situation and put mehendi on my feet which I had said no to multiple times earlier, when I was not sick, and then charged me for it - she definitely forgot to put mehendi on my tips, and the oil that's put after to ensure that the colour comes through. While I paid a bomb for the mehendi, it was not worth a single penny.

Hi Mohana. 1) We never forget to complete our work as u said we forget to put mehendi on tips. 2 ) U fell down after having alcohol excess and u vomit on ur feet and went to ur room. we were expecting that u will come back but after waiting one hour we come to know that u r not well and sleeping. I had made the bill accurate. ur mom in law put ... Read More

I got my bridal mehendi from here. They have really good mehendi artists and they have beautiful designs. They really put in efforts to do my mehendi and all the guests were also happy with theirs. Recommended.

thanks a ton mam for ur great words
View All

What is Shalini Mehendi Artist's starting range for bridal mehendi? 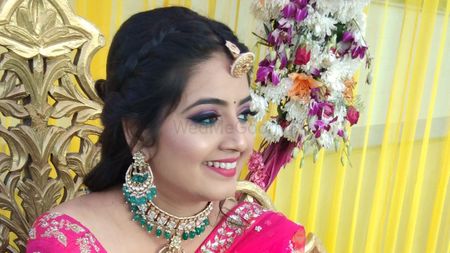