The bridal portraits from this wedding  are some of the most beautiful ones we have ever seen . Maybe it's that rustic, vintage Indian vibe from the chunky gold kalire, the  lehenga with an old world charm , the lovely jhoomer or maybe its just the stunning bride shot by the super talented Simran of Photozapki . From bright and bubbly on her engagement to an elegant, maharani vibe on the wedding day - we love how she switched effortlessly between the looks.

Harpreeti says "Me and Kamal have been classmates since kindergarten, so we have known each other practically our whole lives! We both liked each other but were too shy to admit it. Finally Kamal proposed when we were in 10th but I was too scared so I very politely declined; but I made sure he knew that I liked him too, just wasn’t ready. (Interesting!)  He refused to give up, and kept trying for almost the next 2 years -We dated for 10 years, and were in a long distance relation for 9 out of those 10 years. He decided to join the merchant navy and left for England to pursue his degree in Nautical science right after school. Although we were always in different time zones and different hemispheres, we always stayed in touch through emails, Skype and phone calls. There was never a day when we didn’t share messages" 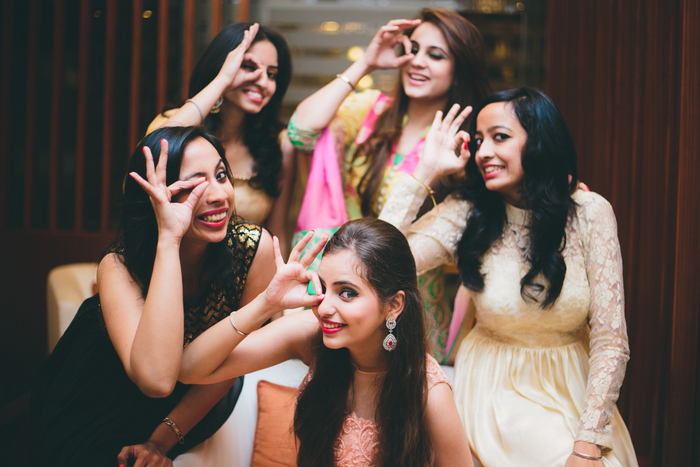 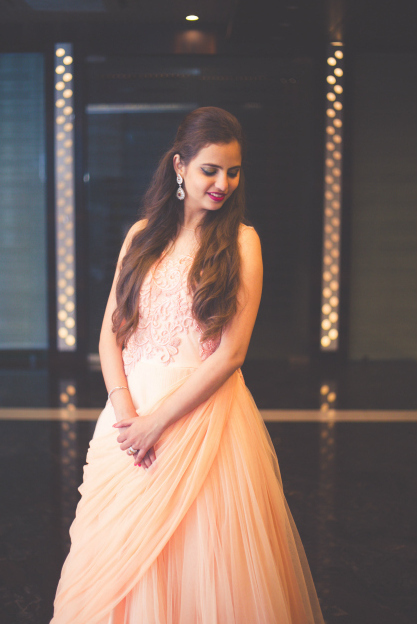 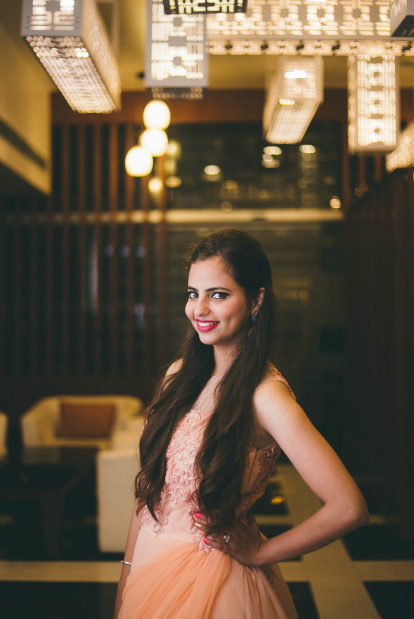 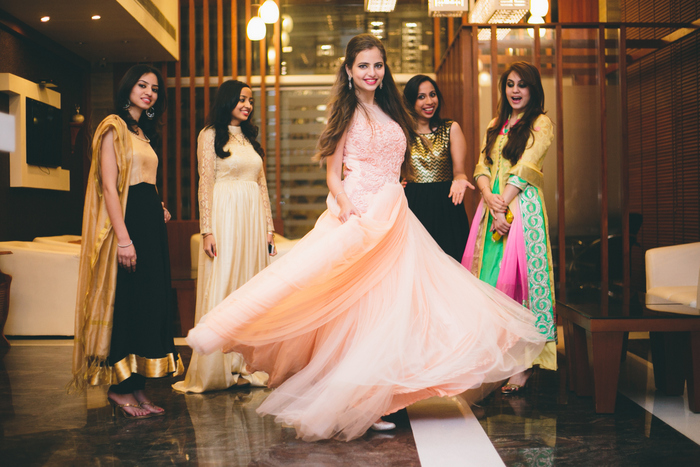 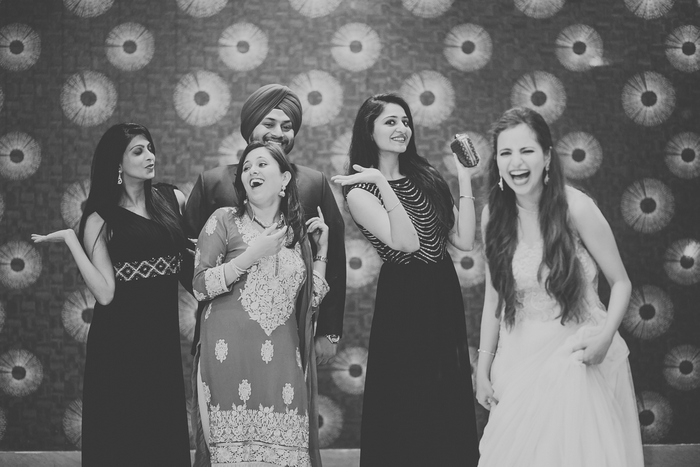 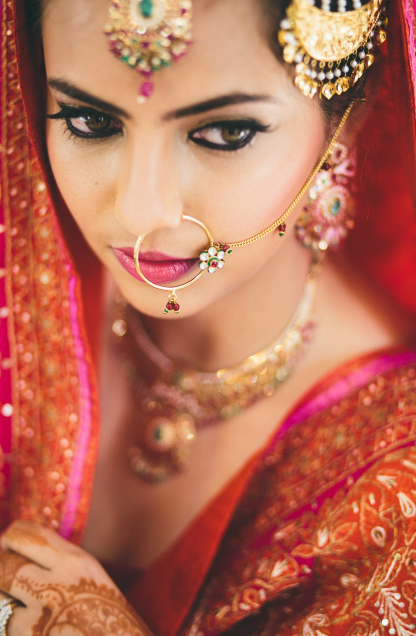 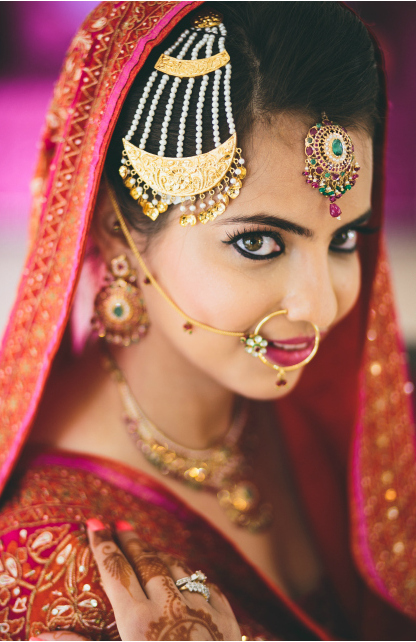 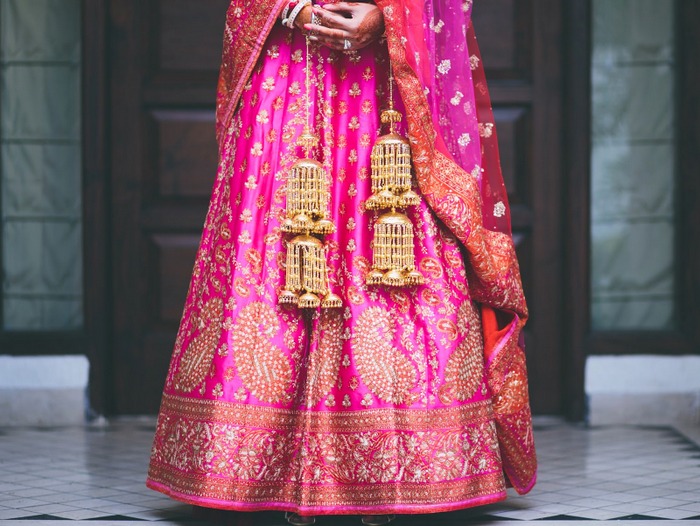 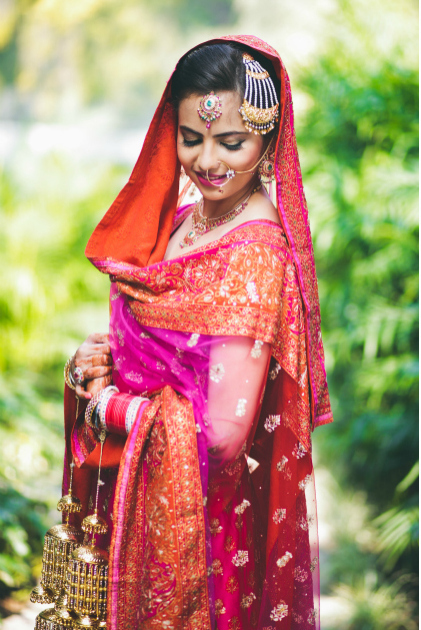 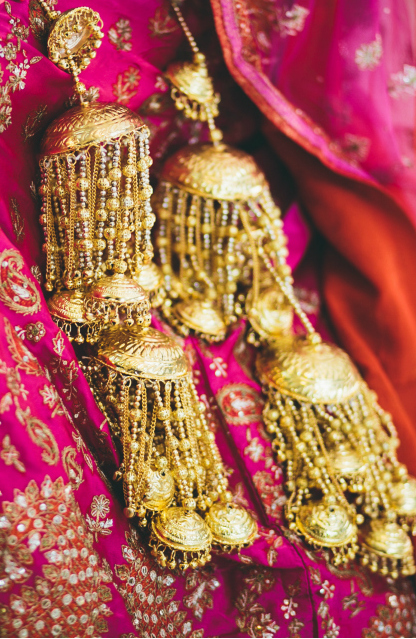 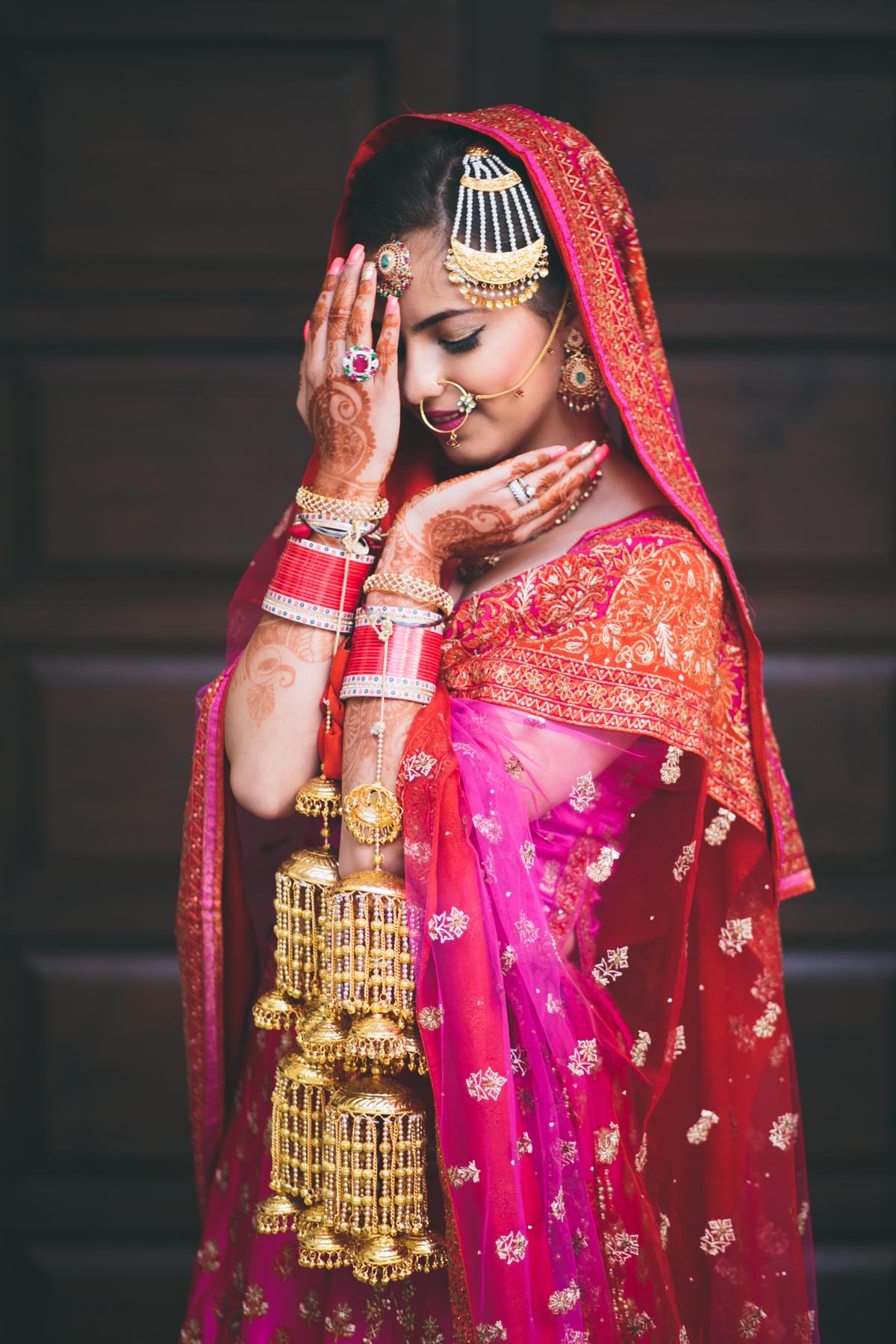 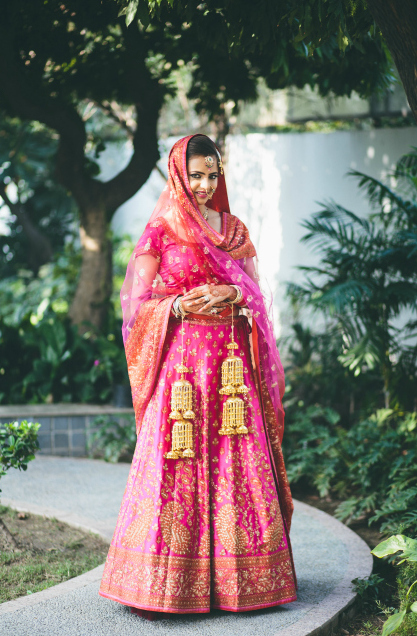 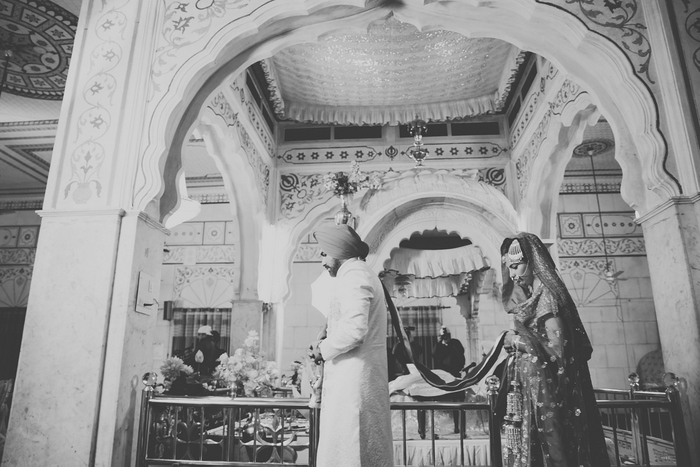 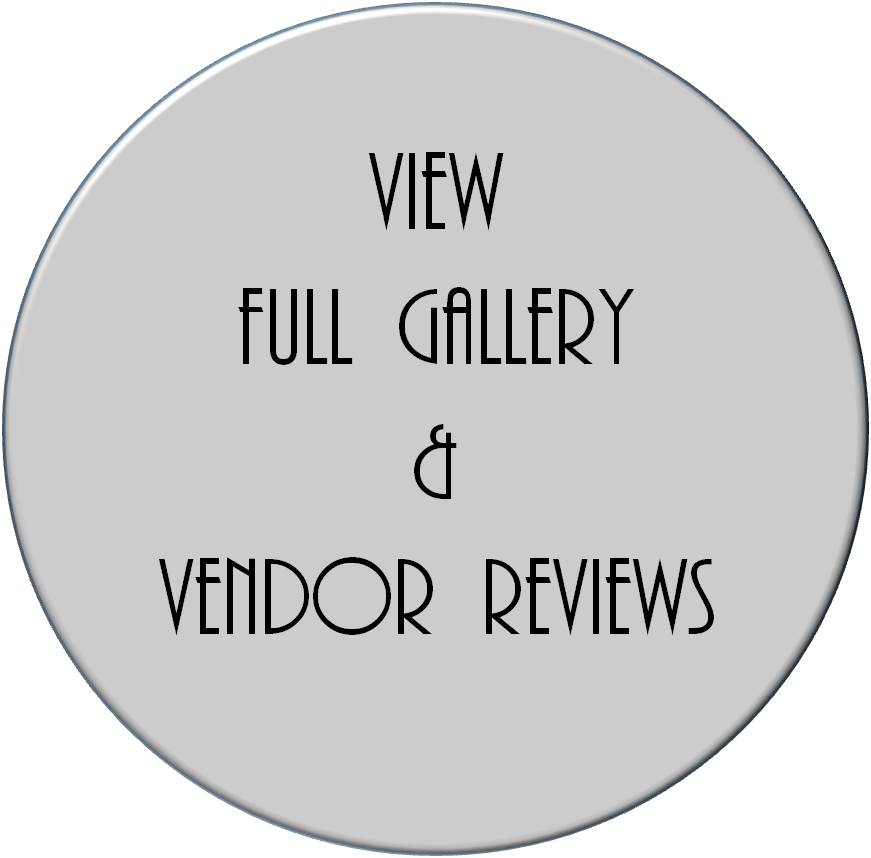 From the bride :  "The funniest thing was that we took at least 2 years to gather the courage and tell our parents as we thought all hell would break loose once we spilled the beans.  When we finally told them, they just agreed, without much effort (Thanks to Kamal’s sister’s intervention). Soon both families met, and we got engaged within a week. Another funny thing was that we both eagerly waited for the time he would officially pick me up from my house and we would go on dates without the fear of getting caught. Finally after the longest wait, his company called him to board the ship the day we got engaged! May 18th morning we got engaged  and the same evening he flew back. We didn’t even meet after the ceremony. He only came back seven months later, just days before our wedding. So much for official dating huh!" Now that's one helluve long distance story, Thanks for sharing it Harpreeti! It's capped by a great wedding and hope you guys get to spend truck loads of time together now Vendors: Venues :  Sangeet at Hotel Sky, Wedding at Westwood resort Zirakhpur | Photography: Photozapki | Bridal Outfits :Peach gown from Poshak Chandigarh, Bridal lehenga from Ritu Kumar  | Grooms Sherwani :  Nizam Stylo, Chandigarh |  Make-Up & Hair : Rabia Makeup Artist |  Jewellery: Sham Jewellers| Catering: Brar Caterers   [handbook] [vendor]

Dressing up the Kanjivaram: 10 Alternative Blouses !