So just to clarify - my rating here is for the management at Novotel and not for food, location, waiters or chef. So if you are patient enough to take a lot of BS from your extra sweet-talking coordinator + their management then this is definitely a 5* experience. This is in reference to my wedding and Reception in January 2020. To give you a background, we signed a contract with Novotel somewhere around July 2019. And the fishiness starts right after the time you sign the contract with them. Do not be surprised if you hear 'golmaal hai bhai sab golmaal hai' in your head when signing this contract. Now, as I was not in Mumbai back then, this contract was signed and negotiated by our parents who were gullible enough (just like your parents) to believe every unwritten word said to them (e.g. Don't worry - We will take care of everything, don't worry - we assure you decor won't be more than 1.5-2L, Don't worry - there are plans for renovation towards end of year and these physical damages you see will get covered, don't worry - we are just a call away..) Forget unwritten, even the written contract was violated as you will read below. 1. After signing the contract if we wanted to talk to our representative, he was normally not available and had a standard reply - 'will call, in a meeting'. I can understand this to an extent but before the signing and when there was a payment deadline, the same person has the time to follow up consistently. 2. Now if you didn't know already, these hotels and almost all venues in Mumbai have a tie up with a group of decorators and you can only choose among them. The model is simple - decorator needs to pay X percent of the deal to the hotel. This implies that the decoration that was worth 1L becomes 2 or 2.5 because they need to pay the hotel their cut. This is how the business is and I understand. But what annoyed us here was that the decorators' starting price (just base decorations, nothing fancy) was no less than 5L vs. one of the hotel's unwritten assurance that it won't exceed 2L. Now you can of course say that we should keep some margin but here the definition of margin was more than double and this for me was unacceptable. Instead of lying to our parents, they should have been honest enough and told us that the minimum decorations start from 5L or stay true to their word and work with decorators to cut down the price. 3. When my fiancé and I went to check out the venue somewhere in December, we asked about the spots that still had the same physical damages which our parents had pointed out. Only difference this time around though - that the contract was signed already. So the answer was that the plan to renovate has got pushed to next year and 'don't worry - your lights and decor will cover this up.' Again, would not have been as annoyed if only they were honest about it upfront. 4. I will not get into the other smaller details and cut straight to this one. I was hell bent to post a review about this management but because we had a good wedding (thanks to waiters, chef and other ground staff) my parents and I were ready to let go and not file a formal complaint. And probably you will feel the same after the wedding. Now as per the written contract, there was a honeymoon suite included in the package for the wedding night. After the wedding, somewhere around 2 am when my brothers went to get our honeymoon suite keys, the front desk staff (unprofessional and arrogant) denied that we ever had a honeymoon suite in our package. We then downloaded the contract, showed them the line which clearly said it was included in our package but for some reason this seemed like a surprise to them. Even after a clear written contract, this discussions went on till 5 am in the morning when we were finally given a room - which if they called their honeymoon suite was disappointing to say the least. After they f'd up so much they still had the audacity to call us at 11 am asking us to vacate the room asap otherwise they will have to charge us for an extra day. It seemed like the hotel was alien to the concept of customer experience/management and for me they had certainly lost all the goodwill that their staff had generated during the wedding day. 5. Lastly and I must say I was less surprised this time - It took them almost 30+ days + endless follows ups from us to return the security deposit which as per contract should have been returned in 15 days. And of course this also involved its fair share of lying 'kal ho jaayega sir, check sign ho rha hai, i will get it delivered personally to you..etc etc..) In summary, this management is either so mismanaged or deceitful that they care zero fs about you, your event or even the written contract. So good luck working/dealing with them and I hope your experience is better than ours. 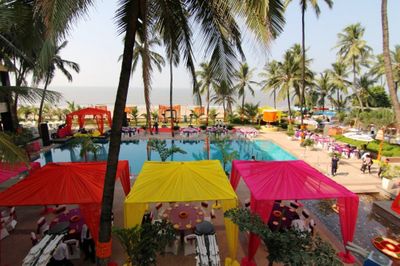 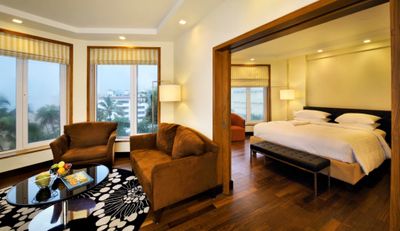 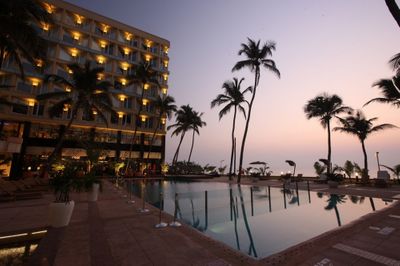 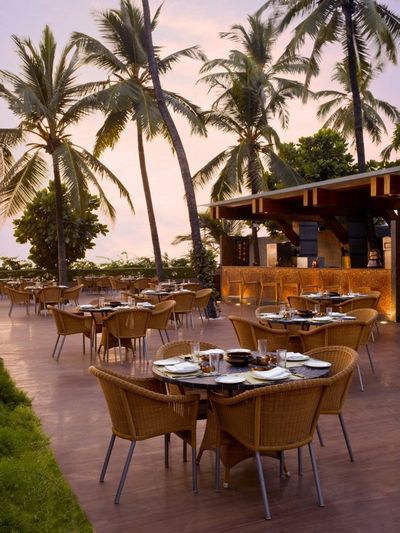