Here Is How To Wear Red Differently At Your Wedding

If we had a penny every time someone told us "I want a red lehenga because I'm a traditional bride." - we'll be Mukesh Ambani by now, rolling in millions. :P Jokes apart, like a Little Red Dress,  4 out of 5 brides still choose the hue . That's why we realised, why fight a trend that's classic - so we found a few ideas that can make your red lehenga stand out. So here we go... 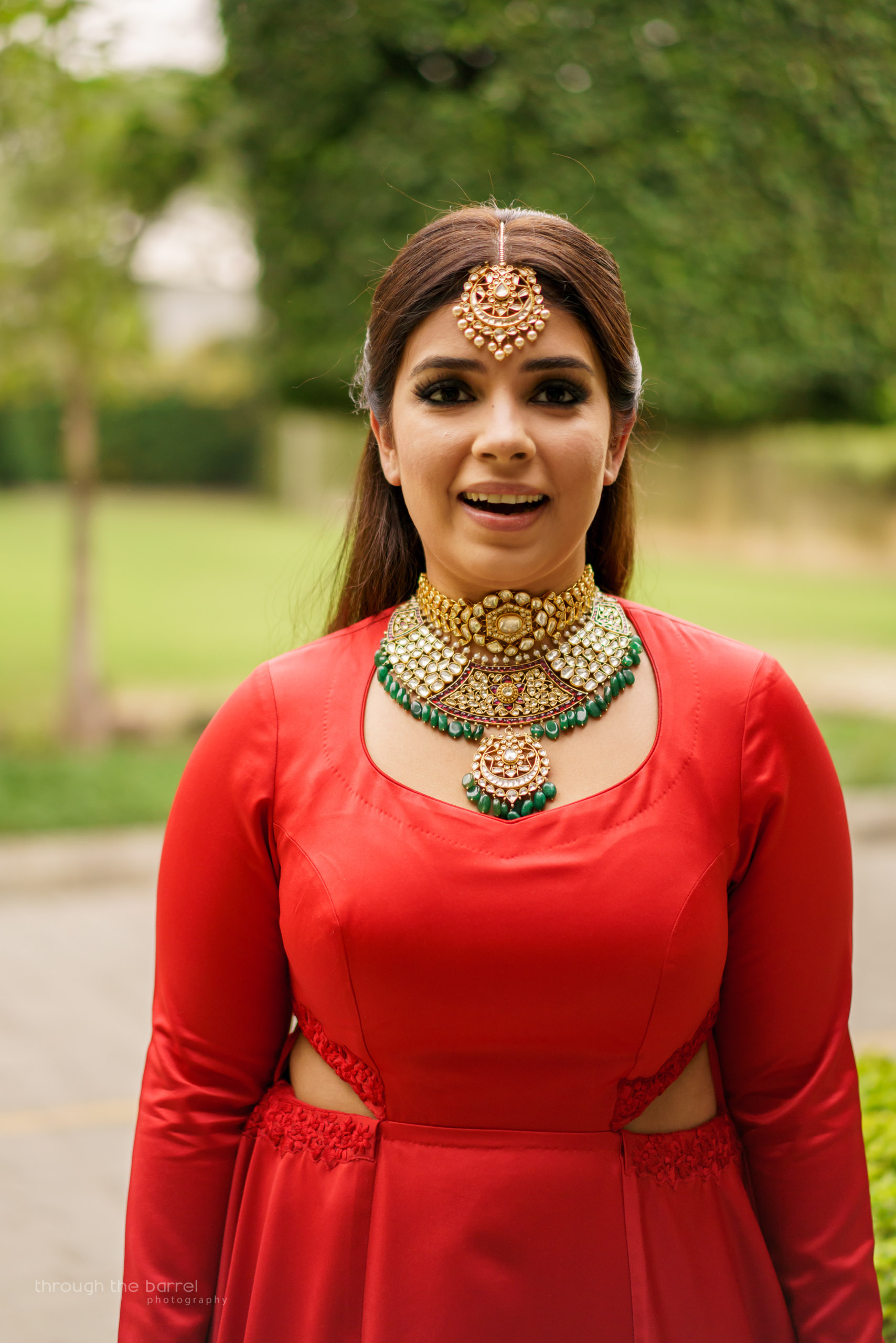 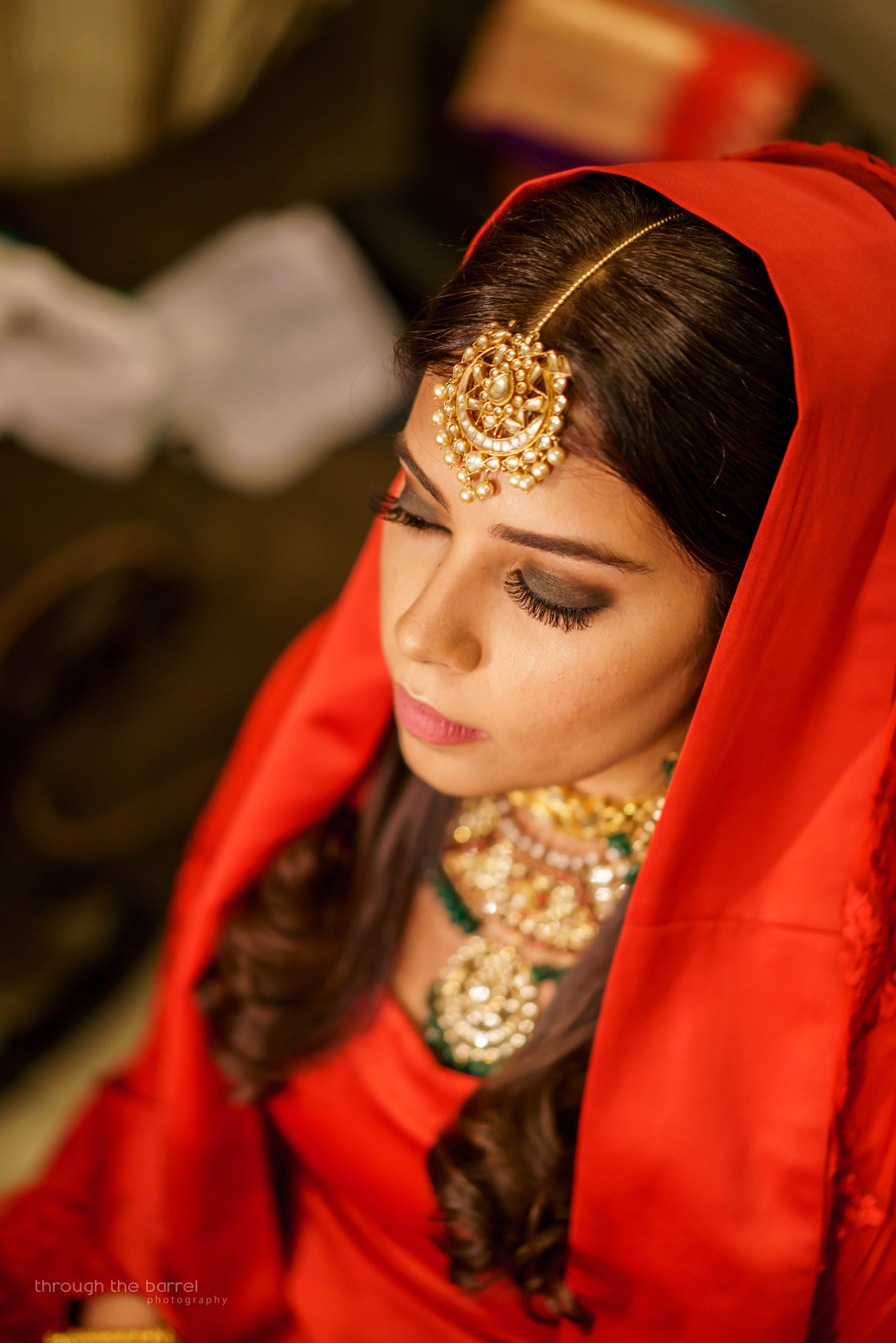 Real bride Rhea wore an Anarkali- gown with cutout detailing instead of a traditional lehenga. The red made it look bridal but it was so simple and sans embroidery.

Off-set it with a neutral / sheer beige dupatta 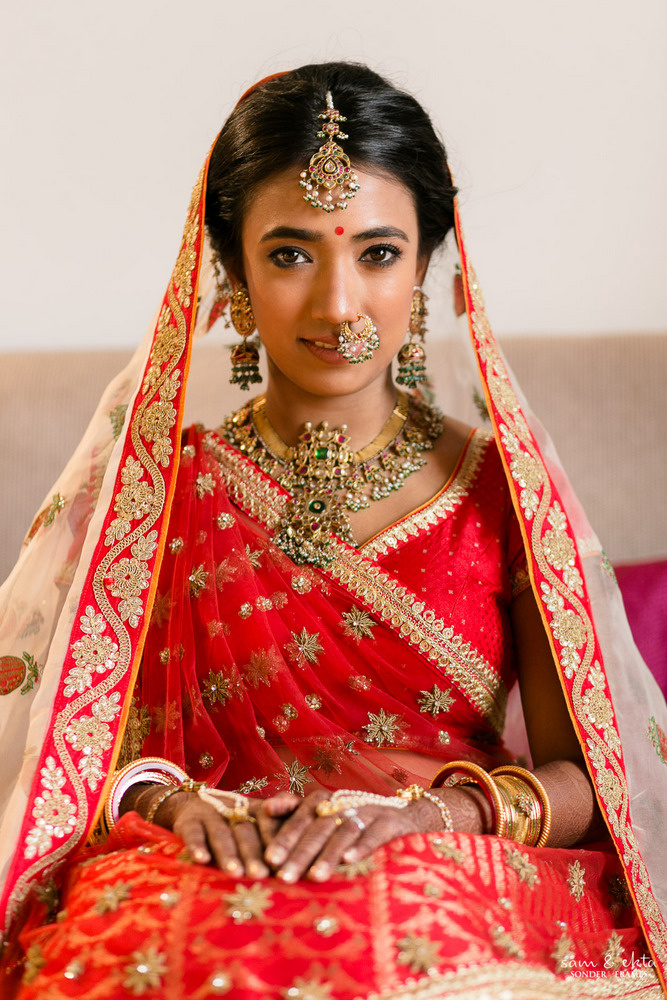 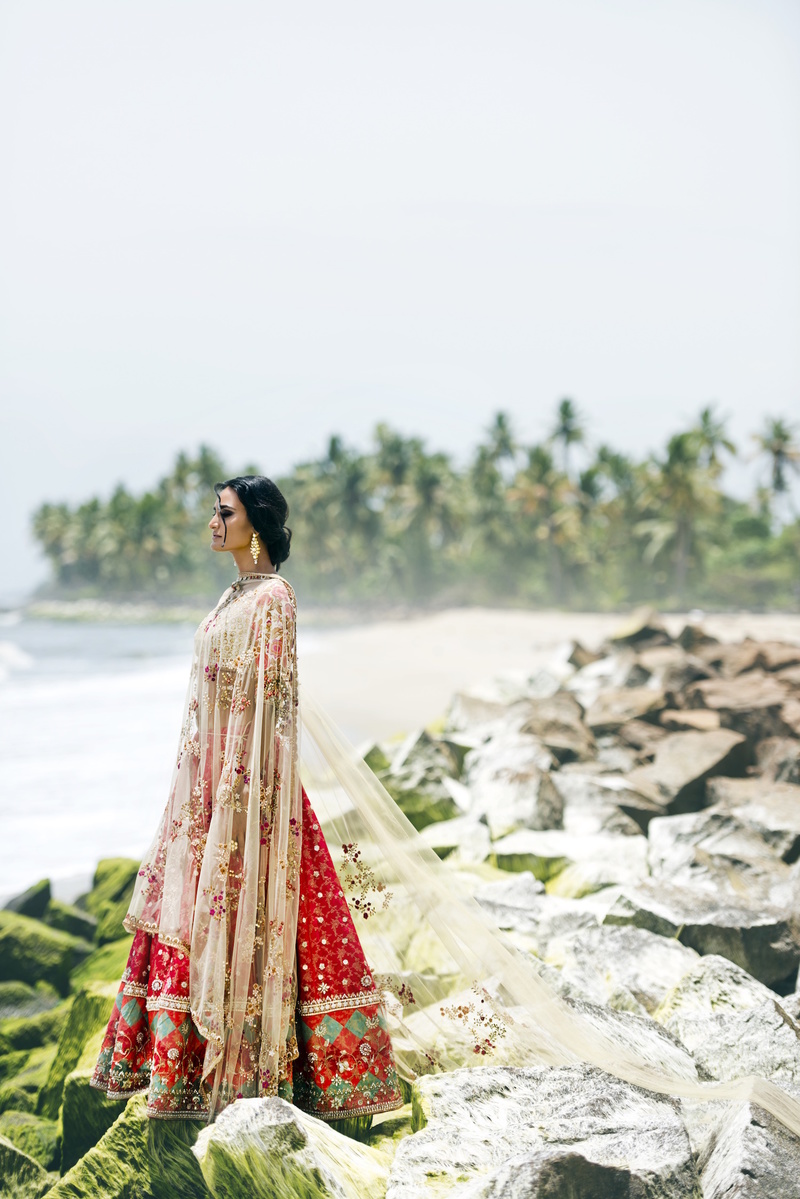 A neutral dupatta paired with red balances out the look beautifully. Add embroidery to it to enhance it and wear it in style!

Add it as an accent dupatta 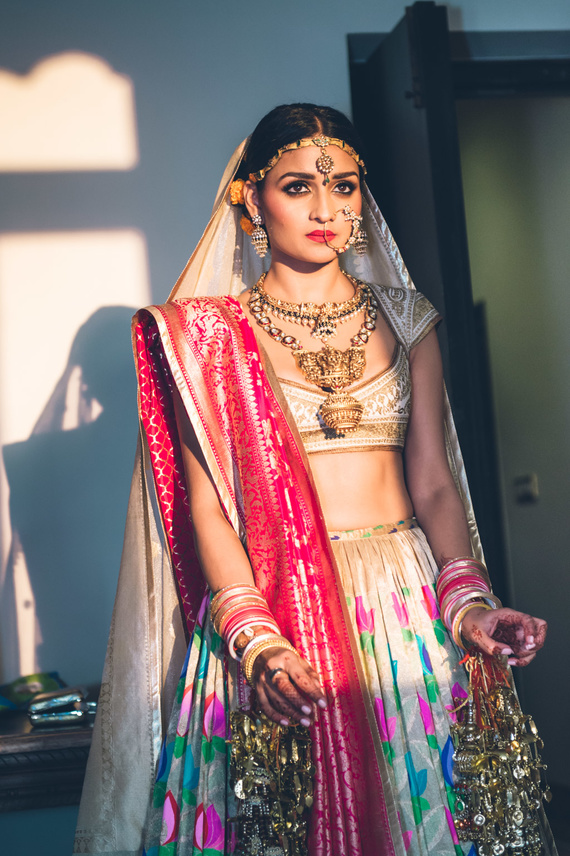 Adding a rich banarsi red dupatta is a great way to use the color over an unusual gold or monotone off white lehenga. It adds a pop, looks rich and bridal without looking cliche . 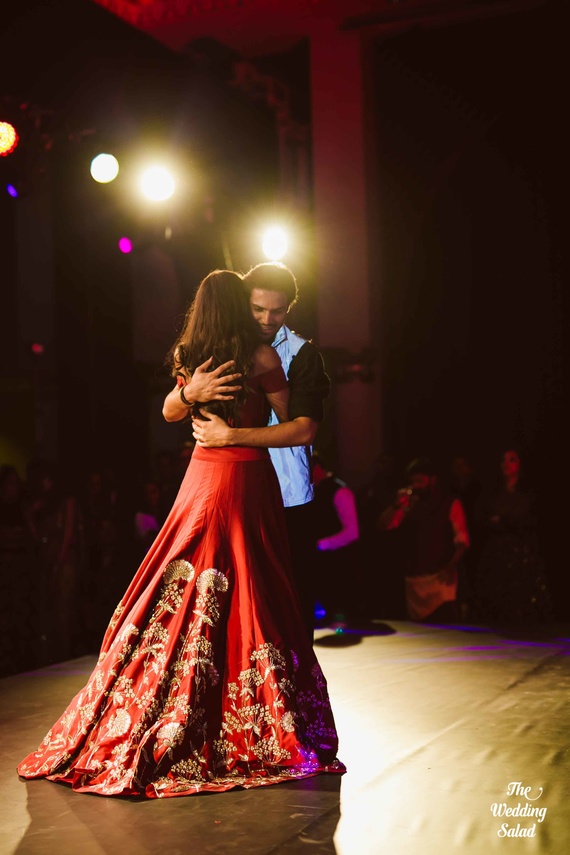 Make a REAL impact with a red lehenga, with a train trailing behind you.

Add a floral waistbelt to make it modern 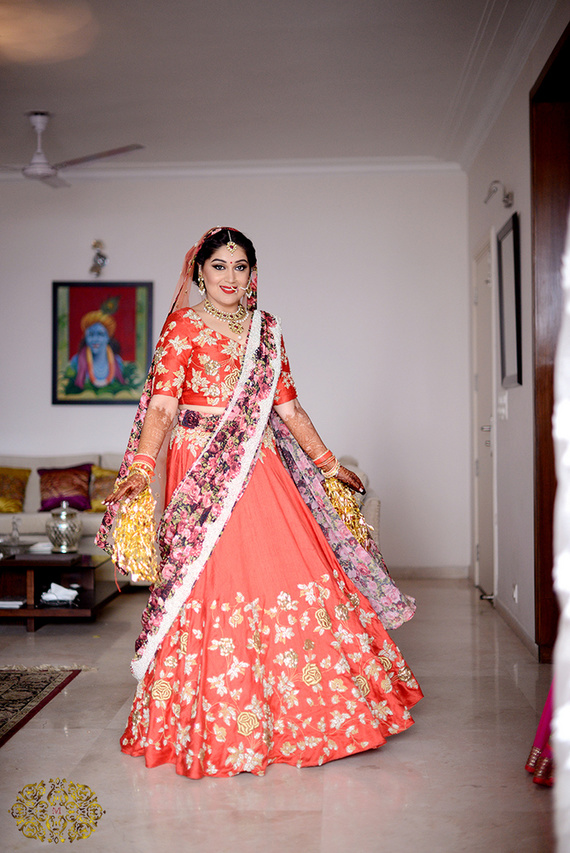 Sakshi chose a floral dupatta and floral waistbelt, changing up her red lehenga look from traditional to super modern.

Add another hue that's closer to red to add depth 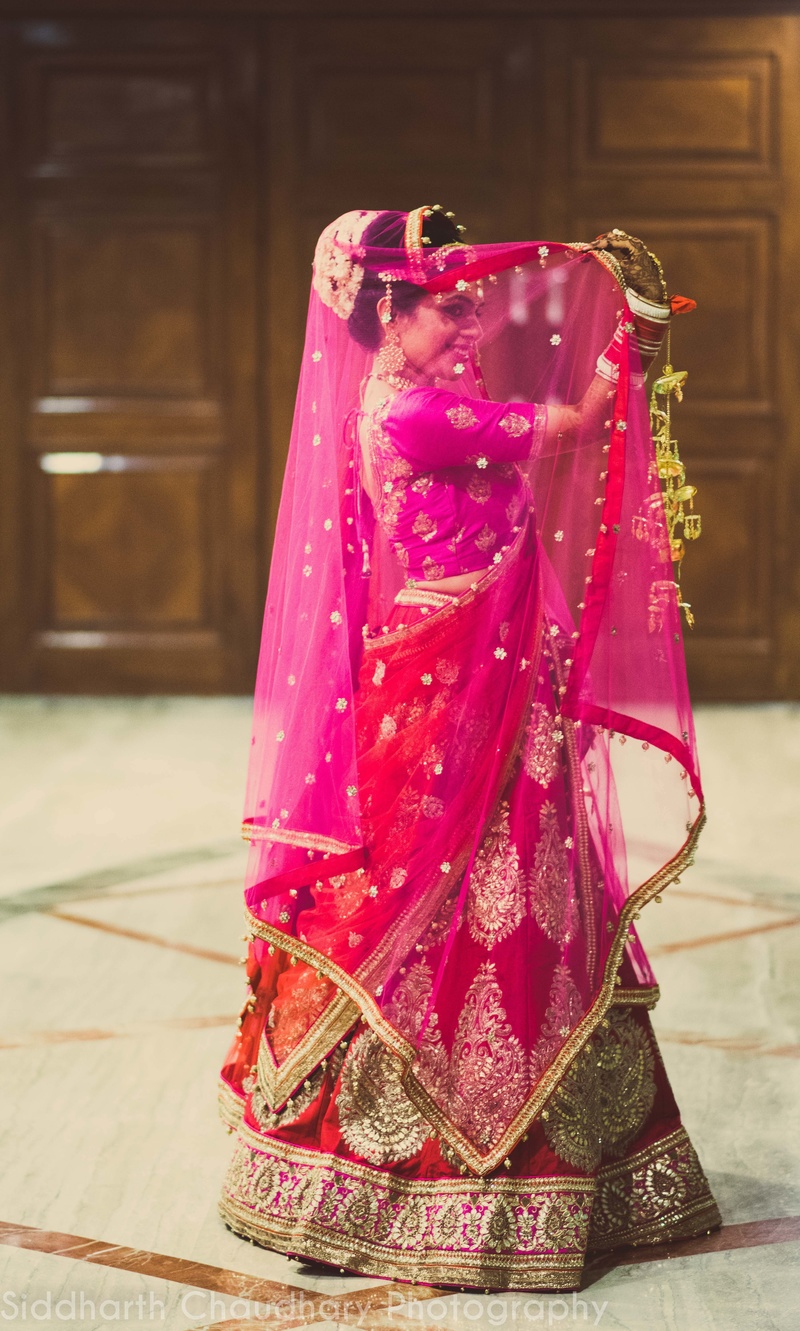 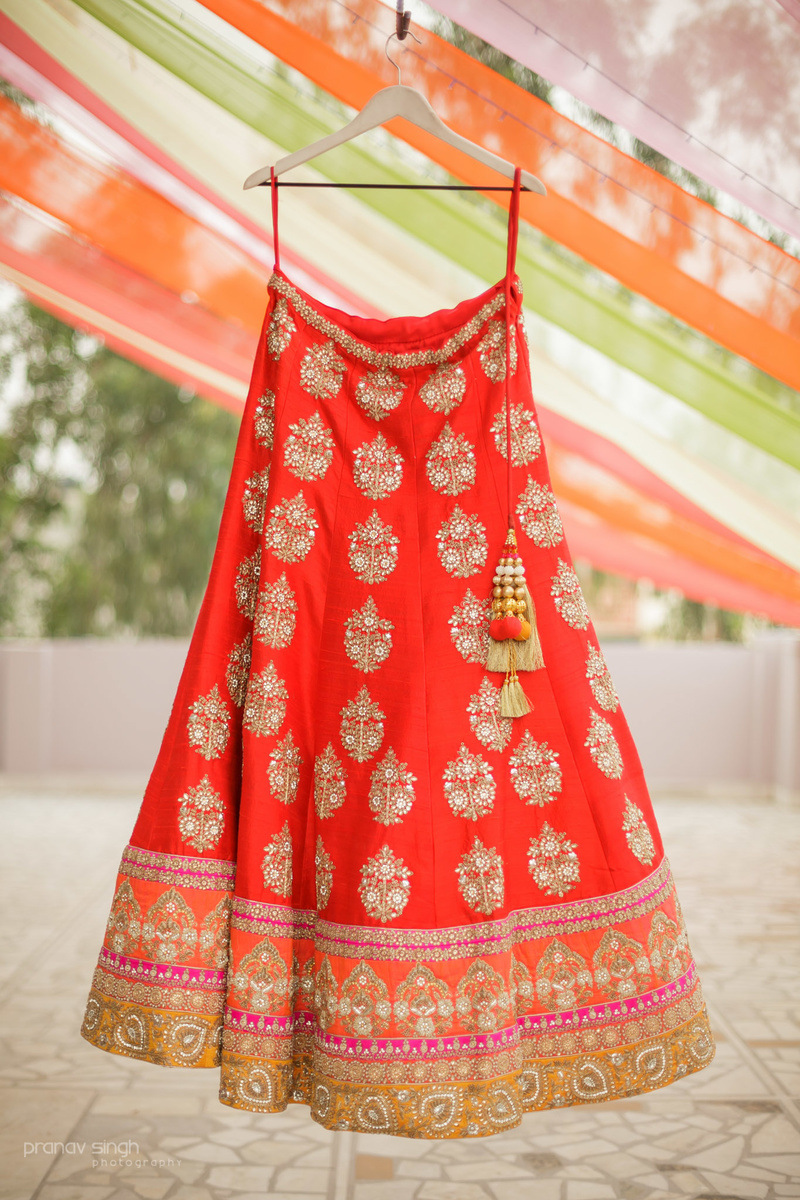 Pic via Siddharth Chaudhary Photography / Through the Barrel★ 4.5

Fuchsia or orange are two colours that look great with red - both do a great job in adding one more layer to your look without keeping it just red. 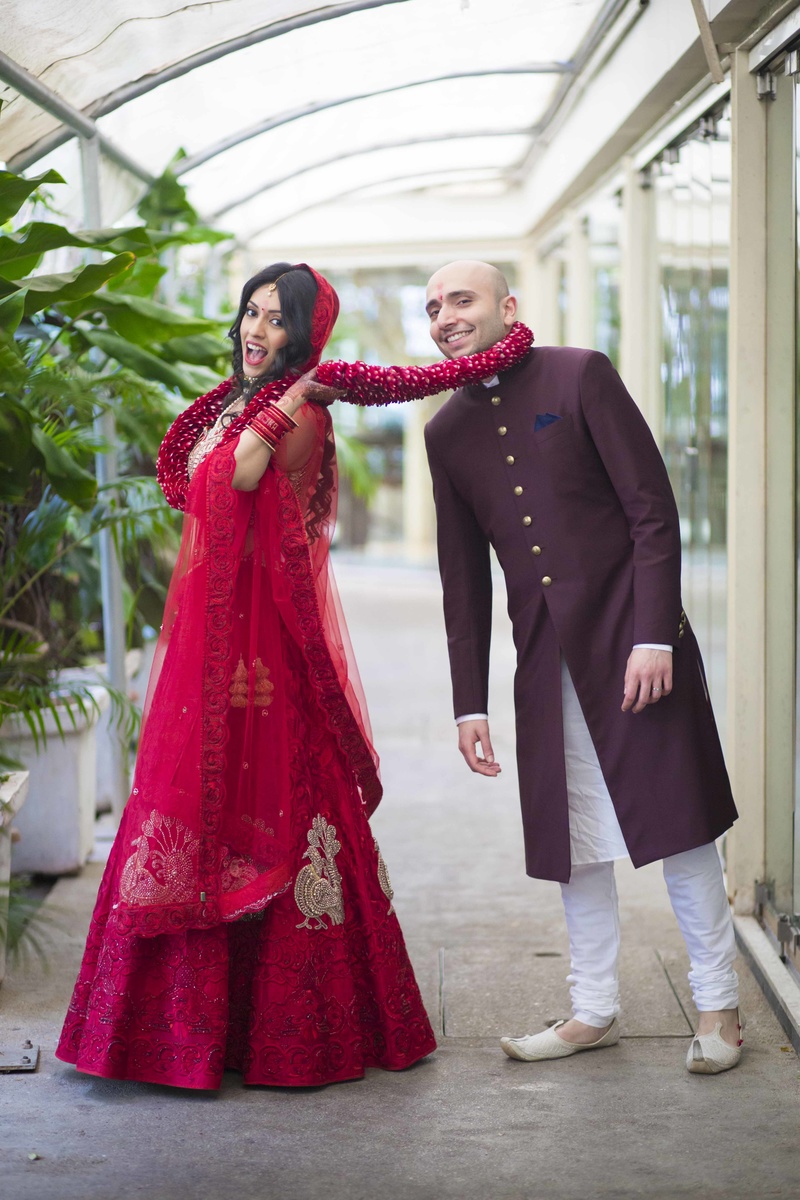 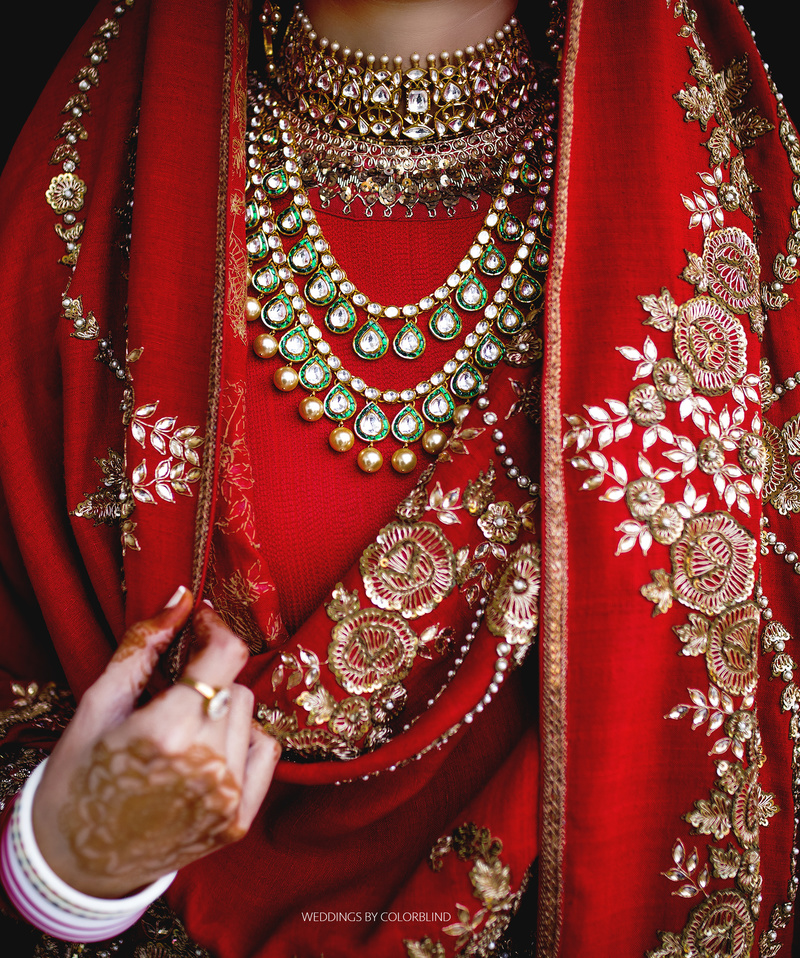 When you're dealing with a hue like red - it's important to know that minimalism is your friend. That means, keep your embroideries minimum and design minimal. Let the red shine!

Go for red embroidery , not as a base color. 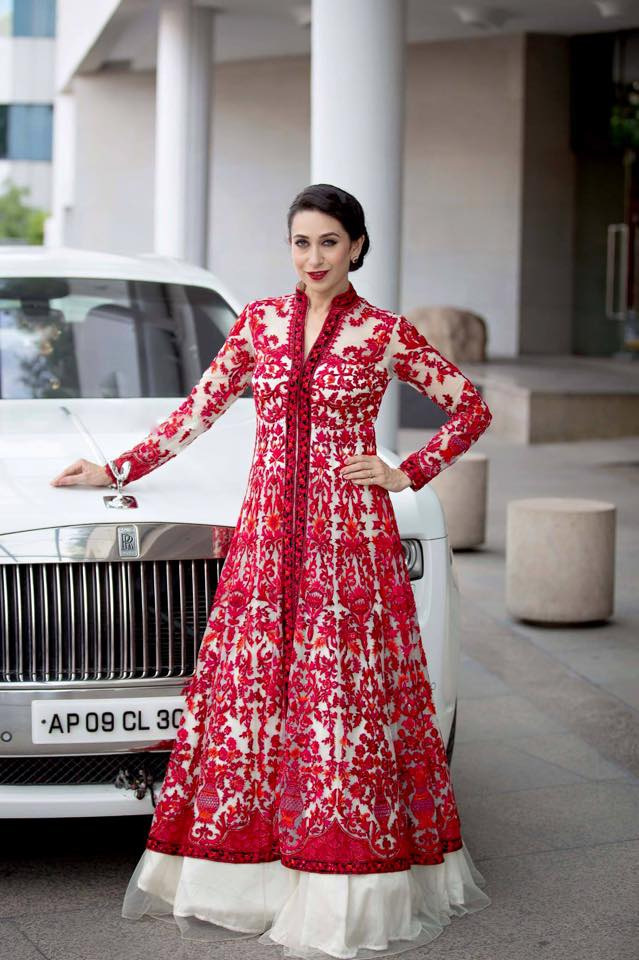 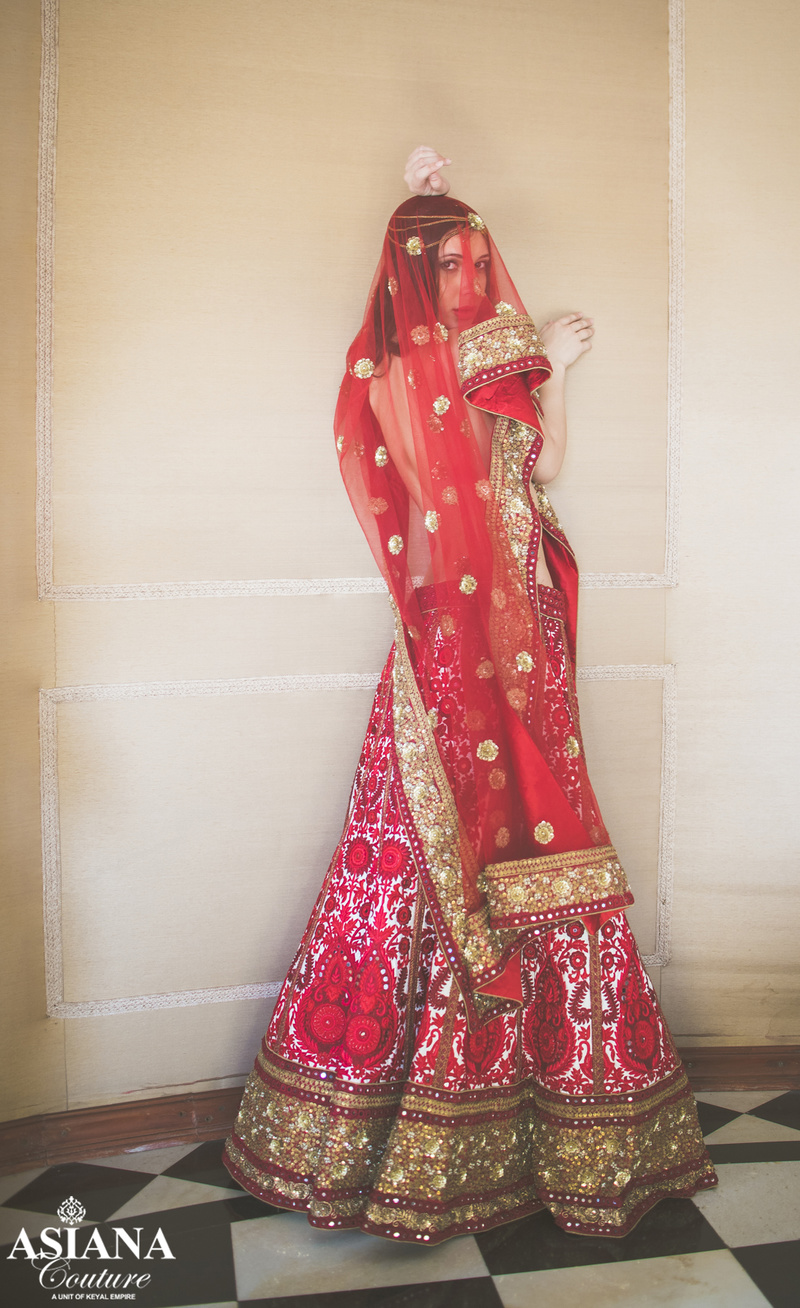 Girls who are afraid of red can go with white and add a bit of red embroidery to it - win-win!

How to Throw a Pinterest-Worthy Mehendi in Less than a Lakh!